England last toured Sri Lanka in November 2018 and completed a clean sweep over the hosts in a three-Test series. 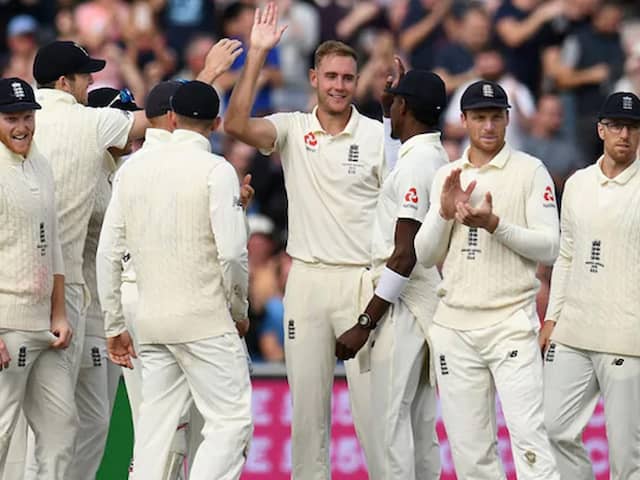 England are scheduled to play 14 Tests between now and next year's T20 World Cup.© AFP

England will be playing a two-Test series against Sri Lanka in March next year, which will be part of the ICC World Test Championship. A total of 120 points would be at stake for both the sides. According to an ICC report, the first Test will begin from March 19 in Galle. The tour will then conclude with the second and final Test at the R Premadasa International Cricket Stadium in Colombo.

Before the two Test matches, England will play two tour games. The first will be three-day warm-up match against a Sri Lanka Board President's XI in Katunayake. That will be followed by a second warm-up game, this one a four-day first-class fixture, against the same opposition, between March 12 and 15 at Colombo's P Sara Oval.

In their last tour to Sri Lanka in November 2018, England had swept a three-Test series.

The series is yet another assignment in an already packed red-ball schedule for England, who are scheduled to play 14 Tests between now and next year's T20 World Cup scheduled to be held in Australia in October-November.

England are presently placed at the fifth spot in the World Test Championship points table. They have 56 points from five games they have played so far.

England are currently in New Zealand where they will be playing five T20Is and two Test matches.

Meanwhile, hosts New Zealand suffered a massive blow just before the start of the series as their skipper Kane Williamson was ruled out of the T20I series. Williamson, who led his side to the World Cup 2019 final in UK, was ruled out after a recurring hip injury flared up, team officials said on Friday. In his absence, the team will be led by fast bowler Tim Southee.

Joe Root International Cricket Council
Get the latest Cricket news, check out the India cricket schedule, Cricket live score . Like us on Facebook or follow us on Twitter for more sports updates. You can also download the NDTV Cricket app for Android or iOS.