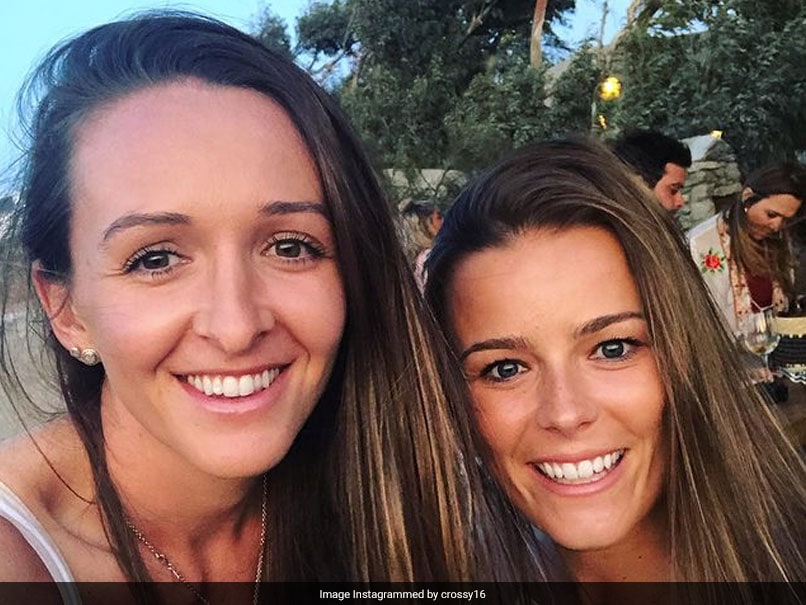 England cricketers Alexandra Hartley and Kate Cross engaged in some hilarious banter, involving their favourite Indian Premier League (IPL) clubs, after a fan asked the former if the two are in a relationship. Apart from being England teammates, the two also host a podcast named "No Balls", which celebrated its one-year anniversary on Monday. "Well a year on... still no equipment, still no planning but a whole lot of fun. Proud of us @katecross16," Hartley tweeted on the occasion. To this, a Twitter user responded by asking her "@AlexHartley93 and @katecross16 are you dating?"

Hartley, who is known to be a supporter of Virat Kohli-led Royal Challengers Bangalore, came up with a hilarious response, involving the famous rivalry between RCB and Chennai Super Kings.

"As if I would ever date a CSK fan...," she tweeted, along with a vomit emoji.

Cross herself came up with a witty response to podcast partner.

You shouldn't love someone for the colour shirt they wear in the IPL Alex..

"You shouldn't love someone for the colour shirt they wear in the IPL Alex..," she wrote.

Recently, Hartley and Cross sent a Twitter invite to RCB and India captain Virat Kohli to join them on their podcast.

"Hey, @imVkohli would you like to come on @NoBallsTCP? It would make @AlexHartley93 very happy!" Cross had tweeted after a user asked when they can expect Kohli on the podcast.

Hartley responded with laughing emojis and wrote "if you don't ask, you don't get! @imVkohli I know you busy playing cricket and having a baby... but fancy it?"

Virat Kohli is currently in Australia for India's tour Down Under. While Kohli will lead India in the ODI and T20 International series against Australia, he is slated to return to India after the first Test in Adelaide on paternity leave.

Kohli and his wife Anushka Sharma are expecting their first child in January.