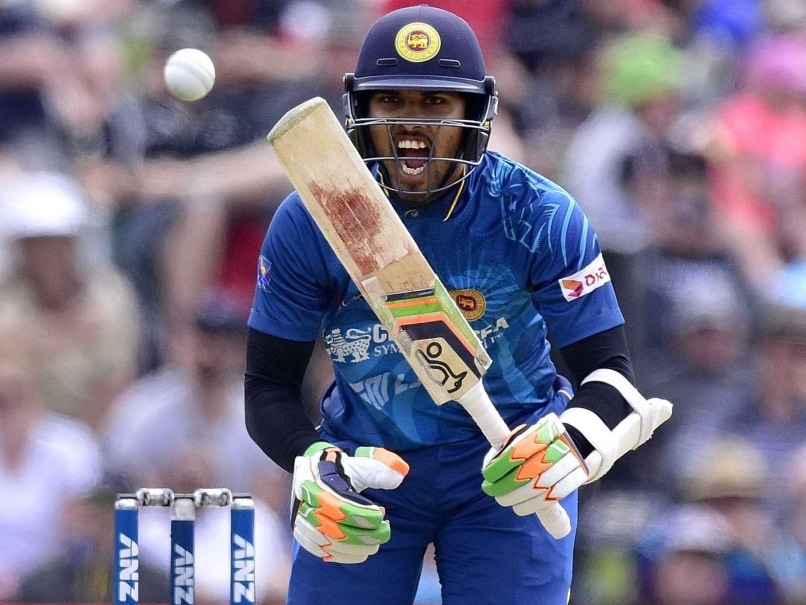 Victory saw Sri Lanka take a 1-0 lead in the two-match series ahead of Saturday's second ODI, also in Malahide.

Rain interrupted Thursday's game in the 33rd over of Ireland's reply, giving them a revised target of 293 in 47 overs to chase.

But the Irish lost their last six wickets for just 18 runs as Shanaka ripped through the middle order.

Ireland captain William Porterfield made 73 but his dismissal just before the rain break proved crucial. Kevin O'Brien, who hit 64 from 49 balls, with six fours and three sixes enjoyed four lives as Sri Lanka's fielding let them down but his lack of support was exposed.

The hosts enjoyed a good start to their chase, with Porterfield and Paul Stirling putting on 53 for the first wicket but Shanaka made the breakthrough, knocking over Stirling's stumps with his fourth delivery.

Four overs later, he claimed the big wicket of Ed Joyce, caught behind for just nine and when he dismissed John Anderson, also caught behind, Ireland were 91 for three, with Sri Lanka firmly in control.

Earlier, Chandimal scored a superb century, his first in an ODI for five years after Porterfield won the toss.

The batsman-wicket-keeper finished 100 not out, from 107 balls, with seven boundaries as the tourists, beaten 2-0 in a three-match Test series by England on Monday, started their preparations for a five-match ODI series against England in style.

Chandimal received good support in partnerships of 82 with Kusal Mendis, 89 with captain Angelo Mathews (49) and Shanaka, who dominated the sixth wicket stand of 60.

Shanaka crashed five fours and three sixes in an impressive display of hitting.

Barry McCarthy, the one Ireland debutant, had made the breakthrough in the eighth over, with his second ball, having Danushka Gunatilake caught at slip and he later caught and bowled Kusal Perera.

But that only let in Chandimal and he was quickly into his stride although it was Mendis, the other Sri Lanka debutant, who found the boundary four times in succession to quickly show McCarthy the other side of international cricket.

Mendis gave a difficult chance to Stirling at slip on 43 but immediately after bringing up his 50 from 57 balls he gave a return catch to O'Brien who proved the most accurate and economical of the Ireland bowlers.

Boyd Rankin, in his first home match for Ireland since his return from England duty, also bowled well to finish to take two for 45.

Ireland did well to restrict Sri Lanka to just 23 in the last three overs, but by then the tourists were well on the way to compiling a total beyond the reach of the hosts.

Comments
Topics mentioned in this article
Sri Lanka Cricket Team Ireland Cricket Team Dinesh Chandimal William Porterfield Angelo Mathews Kevin O'Brien Cricket
Get the latest updates on ICC T20 Worldcup 2022, check out the Schedule and Live Score . Like us on Facebook or follow us on Twitter for more sports updates. You can also download the NDTV Cricket app for Android or iOS.