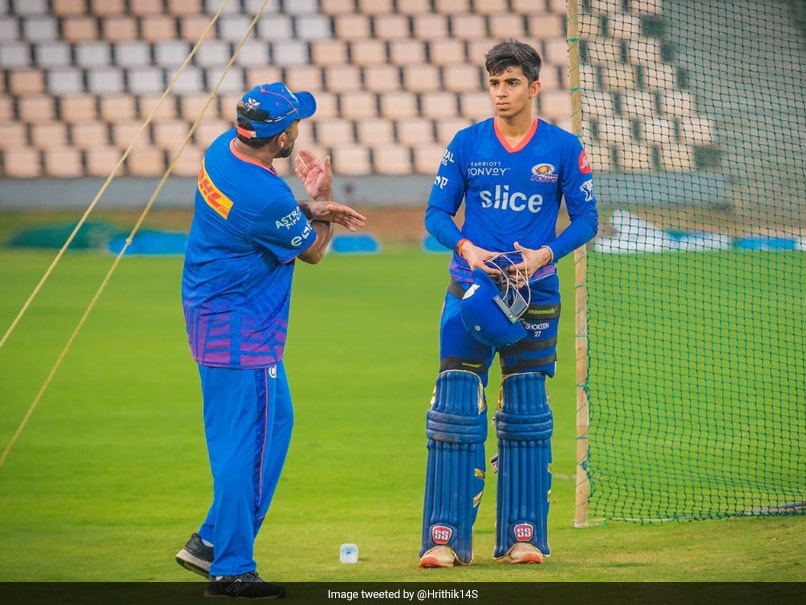 Hrithik Shokeen was used as a 'Impact Player'.© Twitter

Delhi made the first use of the 'Impact Player' option to outplay Manipur by 71 runs in their opening match of the Syed Mushtaq Ali T20 Trophy in Jaipur on Tuesday. Opener Hiten Dalal smashed a 27-ball 47 to push Delhi to 167 for seven. The Nitish Rana-led squad then decided to replace Dalal with off-spinner Hrithik Shokeen, who took a couple of wickets in his three over spell as Manipur were bundled out for 96 in response.

Impact Player rule allows a team to make a tactical substitution in the middle of the game.

Shokeen had made his IPL debut with Mumbai Indians earlier this year Making his senior T20 debut after making a mark as a first class cricketer, India U-19 World Cup winning captain Yash Dhull struck 24 off 23 balls, including a six and four.

Ayush Badoni, who grabbed the eyeballs while playing for Lucknow Super Giants in IPL 2022, came up with an important 15-ball 20. Himmat Singh provided the late flourish with a seven-ball 25 that included six boundaries.

Delhi boast a potent pace attack in the presence of 100-Test veteran Ishant Sharma and Navdeep Saini but debutant medium pacer Mayank Yadav's two for 23 in four overs stood out.

Ishant, who is eyeing a national comeback via a successful domestic season, picked up the wicket of Manipur opener Nitesh Sedai to end with figures of 1 for 17 in three overs.

Delhi, who failed to make the knockouts across the three formats in the last domestic season, is aiming for a turnaround under new management led by captain Rana and head coach Abhay Sharma.

They await tougher battles in Group B which also has the likes of Uttar Pradesh and Punjab.

Meanwhile in other Group B matches, Goa too got off to a winning start with a five wicket victory over Tripura while UP won against Puducherry by 10 wickets via VJD method.

Comments
Topics mentioned in this article
Hrithik Shokeen Cricket
Get the latest updates on IPL Auction 2023 and check out  IPL 2023 and Live Cricket Score. Like us on Facebook or follow us on Twitter for more sports updates. You can also download the NDTV Cricket app for Android or iOS.