Tom Curran shared a hilarious conversation with his brothers -- Sam and Ben -- after Northamptonshire County Cricket Club was promoted to Division One. 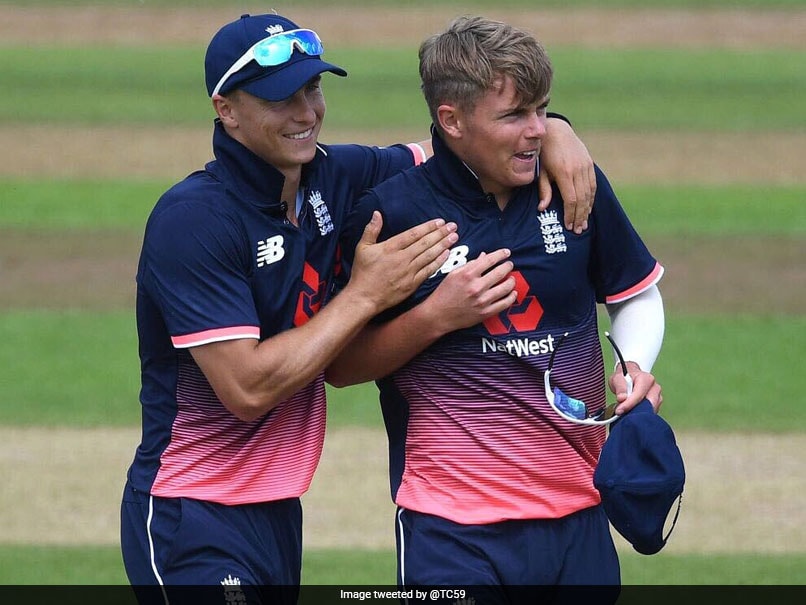 Sam and Tom Curran have represented England at the highest level.© Twitter

Tom Curran, England all-rounder, celebrated Northamptonshire County Cricket Club's promotion to Division One by sharing a hilarious WhatsApp conversation with his brothers -- Sam and Ben. Tom Curran took to Twitter to share a picture where he congratulated his younger brother Ben Curran as Northampton were promoted in the county championship. "Big congrats to @NorthantsCCC and @curranjb_57 on getting promoted. Have 3 brothers ever played in the same first class fixture before? Can't wait for this!!!," the tweet read.

Big congrats to @NorthantsCCC and @curranjb_57 on getting promoted. Have 3 brothers ever played in the same first class fixture before? Can't wait for this!!! pic.twitter.com/pPJ199BTtL

In the picture shared, Ben and Tom Curran were involved in a friendly banter with Sam Curran too joining in later.

Tom Curran and Sam Curran have represented England at the highest level and produced match-winning performances for their national team on various occasions.

Sam Curranhas played majority of his cricket in whites while Tom Curran has been preferred in the limited overs format.

The two are known for their all-round skills and play for Surrey in the county circuit. However, their brother Ben, who is a left-handed batsman plays for Northamptonshire in England's domestic cricket.

England's next assignment will be against New Zealand where they will lock horns in a five-match Twenty20 International (T20I) series which will be followed by a two-match Test series.

Tom and Sam Curran have been picked in England's squad for the T20I series that starts on November 1. Both brothers also play in the Indian Premier League (IPL), Sam was in the mix for Kings XI Punjab while Tom played for Kolkata Knight Riders.

The Test series will be a part of ICC World Test Championship, where India are currently placed on top of the points table. New Zealand and Sri Lanka are on second and third place, respectively.

Tom Curran Cricket
Get the latest updates on IND vs NZ 2021, check out the Schedule and Live Score . Like us on Facebook or follow us on Twitter for more sports updates. You can also download the NDTV Cricket app for Android or iOS.