Graeme Smith reiterated that he was appointed Cricket South Africa's director after going through the same interview process as everybody else. 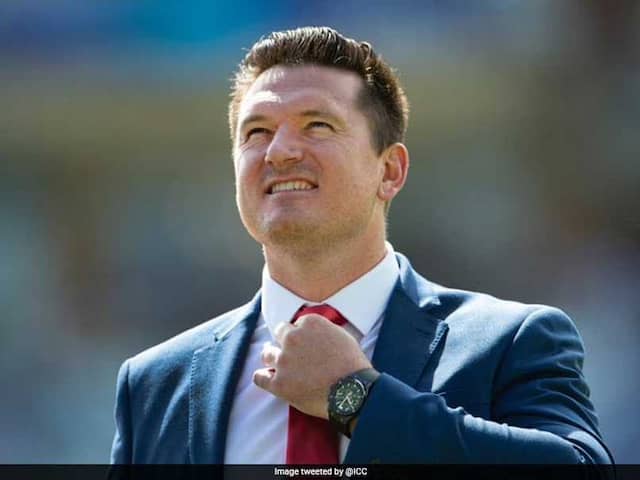 Graeme Smith was appointed as the CSA's director of cricket in April this year.© Twitter

Graeme Smith, Cricket South Africa's (CSA) director of cricket, on Saturday reiterated his commitment to the board. Smith was appointed as the CSA's director of cricket in April this year. "If you look at some of the things which are being said around appointments, my appointment, and the appointment of my staff, I think some of those things are extremely unfair. It was good to see the President (Chris Nenzani) put that straight with his most recent comments. But I have to come back to my value system and why I got involved in this job," Smith said in an official release issued by CSA.

"Cricket South Africa courted me for a while, I went through the same interview process as everybody else in getting the job. I got involved because I have got cricket at heart and to be part of the solution. I want to help create a strong Cricket South Africa," he added.

Apart from Smith himself, there has been severe speculation over Mark Boucher's position as the head coach of the men's team.

"I think the narrative is really unfair. I was appointed by a really vigorous process and didn't go and appoint myself. I've made it clear why I got involved. I made a number of appointments in December, not only Mark Boucher. I brought in the permanent staff like the team manager Volvo (Masubelele), Justin Ontong, Charl Langeveldt, Enoch Nkwe, and the medical staff," Smith said.

"The appointment of Paul Harris was around Keshav Maharaj requesting to work with him for one series. Jacques Kallis hasn't been on the payroll of Cricket South Africa for many months, he worked on an interim basis and it is important to clarify that those appointments were not permanent," he added.

Smith also shared his thoughts on the recently approved Cricket for Social Justice and Nation Building (SJN) Concept proposed by the CSA Transformation Committee and approved by the board, which stemmed from the discussions generated by the global Black Lives Matter (BLM) movement.

Pacer Lungi Ngidi had taken the lead on the BLM campaign, with subsequent events triggering many allegations of racial discrimination in cricket from former players such as Makhaya Ntini.

"I fully support the Social Justice programme. I think the initial thing is to listen internally within the current Proteas set-up and, in the build-up to the Solidarity Cup, that's exactly what happened," Smith said.

"What surprised me the most is that there were players in the past that never felt they had a voice or could feel comfortable enough to communicate. Part of my role and that of my department's role is we're going to have a very big influence on how things move forward," he concluded.

Graeme Smith Cricket
Get the latest Cricket news, check out the India cricket schedule, Cricket live score . Like us on Facebook or follow us on Twitter for more sports updates. You can also download the NDTV Cricket app for Android or iOS.