Lungi Ngidi said he believed his South Africa team-mates should make a stand the next time the squad meets but Pat Symcox and Boeta Dippenaar were among those criticised him. 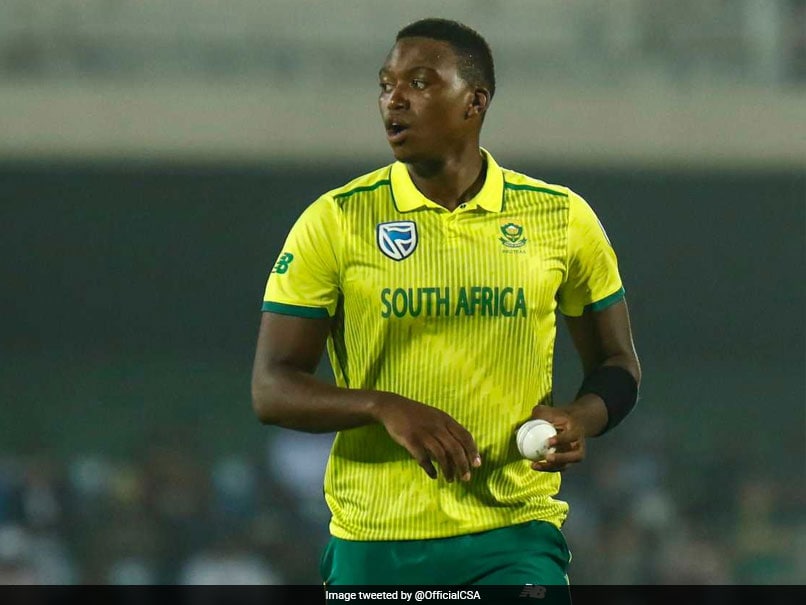 A remark about Black Lives Matter has made Lungi Ngidi the centre of controversy.© Twitter

A remark about Black Lives Matter in a Zoom press conference has made South Africa's one-day and Twenty20 international cricketer of the year Lungi Ngidi the centre of controversy echoing the country's uncomfortable recent past. Bowler Ngidi, 24, said he believed his team-mates should make a stand the next time the squad meets. "It's definitely something that we will discuss once we are together in person," said Ngidi. "We have spoken about it and everyone is well aware of what's going on. It's a difficult one because we are not together, so it's hard to discuss. But once we get back to playing that is definitely something we have to address as a team."

Ngidi pointed to South Africa's history of racial discrimination which included decades of segregation across all levels of society.

"It's something that we need to take very seriously and, like the rest of the world is doing, make a stand."

Ngidi followed up his remarks by retweeting an extract of former West Indian fast bowler Michael Holding's impassioned comments about racism at the ongoing first Test between England and the West Indies.

However, former Proteas Test players Pat Symcox and Boeta Dippenaar were among several who criticised Ngidi.

Both Symcox and Dippenaar raised the emotive issue of a recent spate of murders in which several farmers, mainly white, have been killed, sometimes in brutal circumstances.

"When Ngidi has his next meal perhaps he would rather consider supporting the farmers of South Africa who are under pressure right now. A cause worth supporting," tweeted Symcox.

Symcox also praised Holding for his forthright comments on racism but that didn't prevent him and Dippenaar being castigated on social media.

"I stand alongside Lungi Ngidi in BLM," he wrote on Facebook.

"I really believe we as cricketers have it in us to help heal these great divides in privilege, race, religion and attitudes."

Cricket South Africa director of cricket Graeme Smith said the organisation was discussing "various ways of handling" the race issue but said no Black Lives Matter logo would be on the shirts for a lockdown-ending three-team match on July 18 because the kits had already been printed.

In a statement, he added: "As a national sporting body representing more than 56 million South Africans and with the privileged position of owning a platform as large as we do, it is of vital importance that we use our voice to educate and listen to others on topics involving all forms of discrimination."

Faul said South African cricket's return from COVID-19 lockdown on July 18 – late president Nelson Mandela's birthday – would be used to spread the message of anti-racism and all forms of violence.

The statement did not refer to Ngidi by name.

His tweet included images of him working with young black cricketers, which he said he did every week.

"My own grassroots work done weekly attempts to ensure all get a fair chance. I also believe that ALL lives matter and right now farmers are critical to us all and need support."

Lungi Ngidi Pat Symcox Boeta Dippenaar Cricket
Get the latest updates on Fifa Worldcup 2022 and check out  Fifa World Cup Schedule, Stats and Live Cricket Score. Like us on Facebook or follow us on Twitter for more sports updates. You can also download the NDTV Cricket app for Android or iOS.