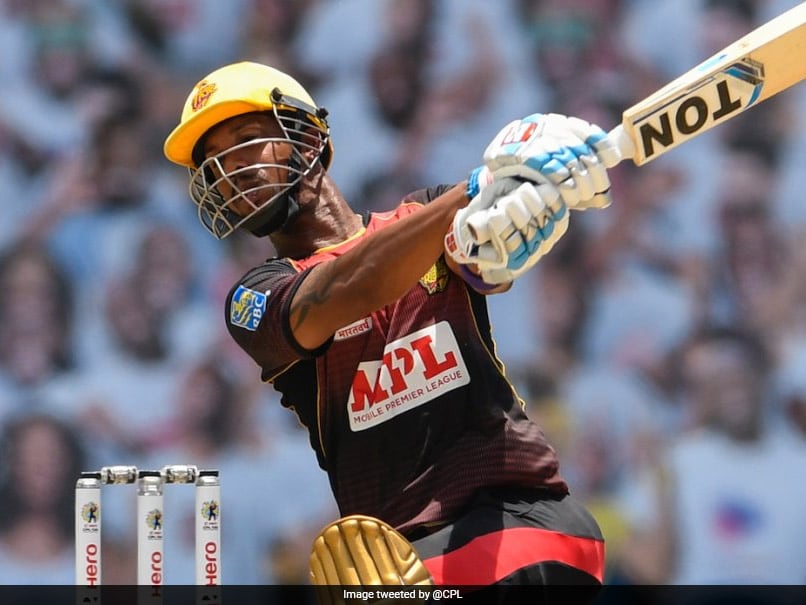 Kieron Pollard took a four-wicket haul and Lendl Simmons played an unbeaten knock of 84 runs, as Trinbago Knight Riders defeated St Lucia Zouks by eight wickets in the final of the Caribbean Premier League (CPL) 2020 on Thursday at the Brian Lara Cricket Stadium. With this, the Trinbago Knight Riders completed the first perfect season in the history of CPL as the side won all its group-stage matches and then the semifinals and final. This is the fourth CPL title win for the Knight Riders. Trinbago Knight Riders have ownership the same as IPL franchise Kolkata Knight Riders, while the Zouks are owned by the same promoters as Kings XI Punjab.

Chasing 155, Trinbago Knight Riders got off to a bad start as the side lost the wickets of Tion Webster (5) and Tim Seifert (4) by the fourth over and was reduced to 19/2.

Lendl Simmons and Darren Bravo then got together at the crease and the duo rebuilt the innings for the Knight Riders. Both batsmen mixed caution with aggression and as a result, Knight Riders became the firm favourites to win the match.

Earlier, Kieron Pollard's four-wicket haul helped Trinbago Knight Riders to bundle out St Lucia Zouks for 154. Put in to bat first, St Lucia Zouks lost the wicket of Rahkeem Cornwall (8) in the second over as he was clean bowled by Ali Khan. However, Mark Deyal joined Andre Fletcher in the middle, and the duo scored runs at a rapid pace to take the Zouks score to 60/1 after the conclusion of the first six overs.

Fletcher and Deyal put on a stand of 67 runs for the second wicket, but their partnership was finally broken by Fawad Ahmed as he dismissed Deyal (29) in the ninth over. Then Trinbago skipper Kieron Pollard got among the act as he provided Trinbago with the key breakthrough of Fletcher (39) in the 12th over, reducing Zouks to 89/3.

Pollard continued to bowl in steady lines and as a result, he was rewarded once more in the 14th over as he had Roston Chase (19) caught at the hands of Tion Webster. Mohammad Nabi (2) also failed to leave a mark with bat and as a result, Zouks was reduced to 117/5 in the 15th over.

In the end, Zouks kept on losing wickets at regular intervals in the final overs, and as a result, the side was bowled out for 154. Pollard was the pick of Trinbago's bowlers as he scalped four wickets.

St Lucia Zouks Cricket Trinbago Knight Riders vs St Lucia Zouks, Final
Get the latest updates on India vs South Africa and check out  Schedule, Results and Live Score. Like us on Facebook or follow us on Twitter for more sports updates. You can also download the NDTV Cricket app for Android or iOS.