Trinbago Knight Riders outclassed Jamaica Tallawahs thanks to Sunil Narine's all-round effort while St Lucia Zouks got the better of Barbados Tridents in a rain-shortened match. 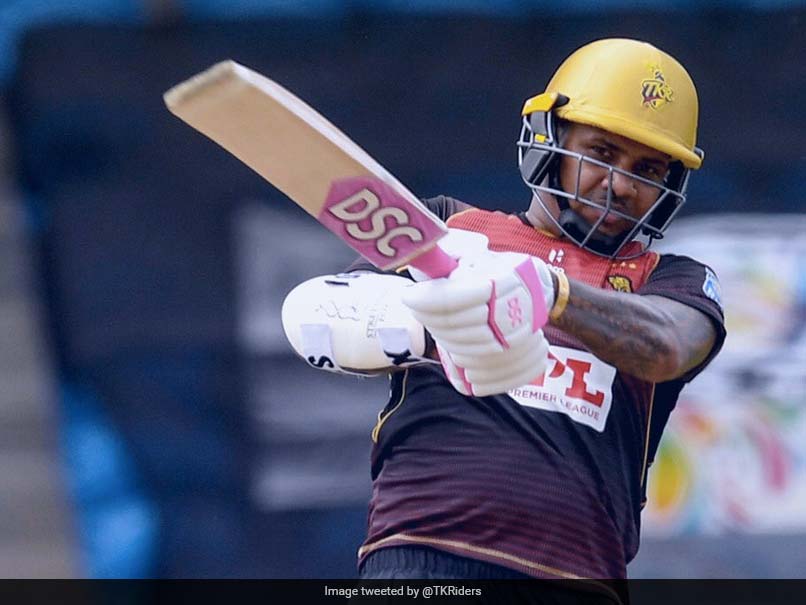 St Lucia Zouks and Trinbago Knight Riders won their respective games in the Caribbean Premier League (CPL) on Thursday (local time). In a rain-affected first match of the day, St Lucia Zouks managed to defeat Barbados Tridents by seven wickets by (DLS) method. In the second match of the day, Sunil Narine's all-round performance helped Trinbago Knight Riders get the better of Jamaica Tallawahs. In the day's first game, Barbados Tridents were at 131/7 in 18.1 overs when rain interrupted play and forced the end of the first innings. Johnson Charles (35) and skipper Jason Holder (27) the main contributors for their team.

The revised target of 47 runs in five overs was set for Zouks via the DLS method. The side comfortably chased the total down in 4.1 overs thanks to Andre Fletcher's unbeaten 16 off seven balls and Mohammad Nabi's 15 runs off six balls.

For Tridents, Rashid Khan picked two wickets but could not drag his side to victory.

Nabi was awarded Player of the Match for his all-round performance (15 runs, 1-19 in 4 overs).

In the second game of the day, batting first, Jamaica Tallawahs posted a below-par total of 135/8 in their 20 overs.

Glenn Phillips scored 58 runs off 42 balls while Asif Ali (22) and Andre Russell (25) played also chipped in with some crucial runs in the middle-order.

Chasing 136, Sunil Narine's quickfire knock of 53 runs off 38 deliveries gave Trinbago a flying start and then Colin Munro scored an unbeaten 49 to lead his team to victory in 18.1 overs.

Fidel Edwards and Mujeeb Ur Rahman picked one wicket each for Jamaica.

Narine was awarded the Player of the Match.

Mujeeb Ur Rahman Cricket
Get the latest updates on IPL Auction 2023 and check out  IPL 2023 and Live Cricket Score. Like us on Facebook or follow us on Twitter for more sports updates. You can also download the NDTV Cricket app for Android or iOS.