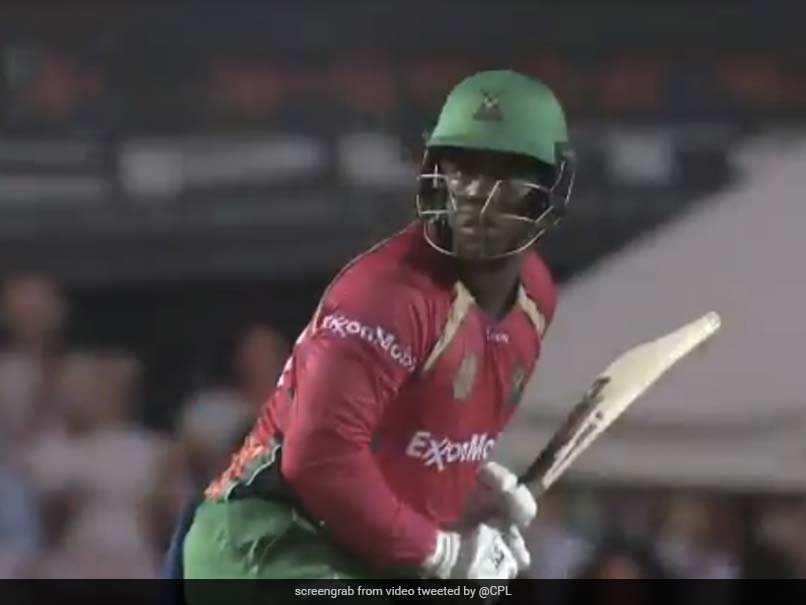 Shimron Hetmyer played a crucial knock of 71 off just 44 deliveries on Wednesday.© Twitter

Jamaica Tallawahs and Guyana Amazon Warriors emerged victorious in their respective matches on the second day of the Caribbean Premier League(CPL) on Wednesday. On the second day of the tournament, Jamaica Tallawahs defeated St Lucia Zouks by five wickets while Guyana Amazon Warriors outclassed St Kitts and Nevis Patriots by three wickets at the Brian Lara Cricket Stadium. In the match between Zouks and Tallawahs, the former batted first and posted 158/7 in the allotted twenty overs, owing to Roston Chase's knock of 52 runs from just 42 balls.

For Tallawahs, Mujeeb-Ur-Rahman and Veerasammy Permaul scalped two wickets each.

Jamaica chased down the total with five wickets in hand and seven balls to spare as Asif Ali played an unbeaten knock of 47 runs from just 27 balls with the help of five fours and two sixes.

In the second match of the day between Warriors and Patriots, the latter was restricted to just 127/8 in the allotted twenty overs.

For Patriots, Even Lewis top-scored with a knock of 30 runs, while for Warriors, Keemo Paul finished with the figures of 4-19 in his quota of four overs.

Warriors chased down the total with 18 balls to spare and three wickets in hand as Shimron Hetmyer played a knock of 71 runs off just 44 balls with the help of eight fours and three sixes.

Rayad Emrit scalped three wickets for Patriots, but he was not able to make the side go past Warriors.

Jamaica Tallawahs Cricket
Get the latest updates on ICC Women's Cricket World Cup 2022 and IPL 2022, check out the Schedule , Live Score and IPL Points Table. Like us on Facebook or follow us on Twitter for more sports updates. You can also download the NDTV Cricket app for Android or iOS.