"Step Up And Get The Vaccine": Rishabh Pant Gets First COVID-19 Shot, Asks All To Follow Suit

With the COVID-19 pandemic raging nationwide, Rishabh Pant, who got his first shot, urged everyone eligible to "step up". 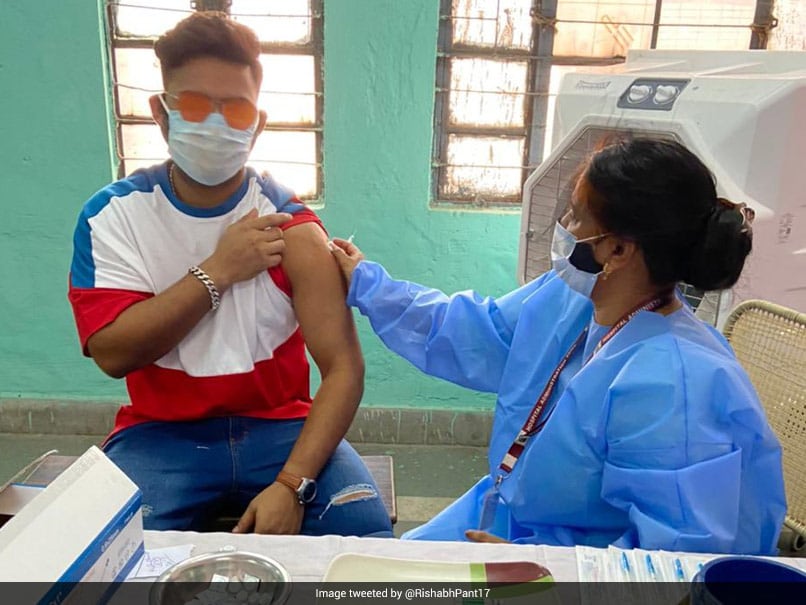 Rishabh Pant followed other Indian cricketers as he got vaccinated on May 13.© Twitter/Rishabh Pant

Indian wicket-keeper batsman Rishabh Pant got his first dose of the COVID-19 vaccine on Wednesday. Pant posted a photograph on his official social media handle where he could be seen getting the vaccine. He tweeted, "Got my first jab today. When you are eligible, please step up and get the vaccine. The sooner we do it, the sooner we can beat this Virus." Many cricketers, including Virat Kohli, Jasprit Bumrah, Ishant Sharma, Cheteshwar Pujara, Umesh Yadav, Shikhar Dhawan, and Ajinkya Rahane got vaccinated earlier.

Got my first jab today. When you are eligible, please step up and get the vaccine. The sooner we do it, the sooner we can beat this Virus. pic.twitter.com/D8AC4WrESO

Pant was named in the 20-man squad for the England tour that was announced on May 7.

The Indian team is scheduled to play a total of six Tests in England, beginning with the World Test Championship (WTC) Final against New Zealand from June 18 in Southampton.

The WTC Final will be followed by a five-Test series against England to be played between August 4 to September 14 at Trent Bridge, Lord's, Headingley, Kennington Oval and at Old Trafford.