Watch: Nottinghamshire Player Breaks Into Hilarious Celebration As Stuart Broad Joins In After Epic Run Out vs Middlesex In County Championships 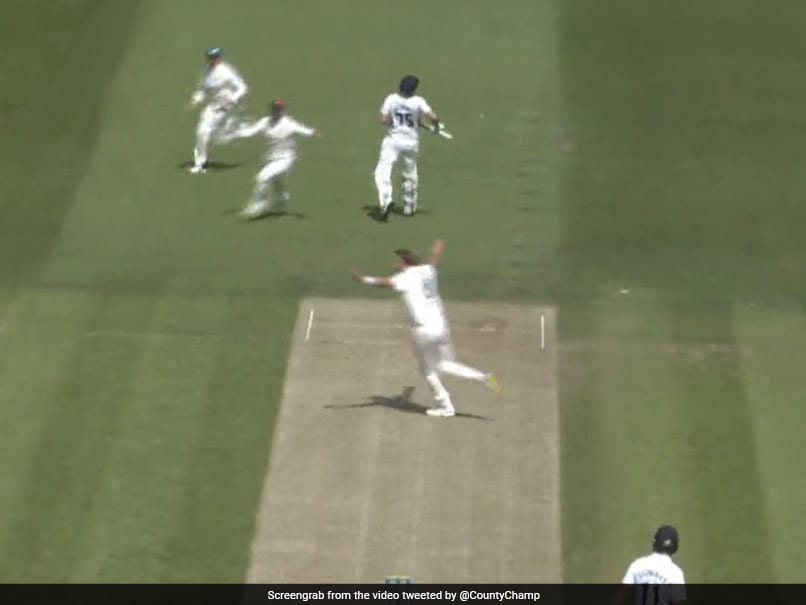 Stuart Broad joined in as Luke Fletcher celebrated wildly after the run-out.© Twitter

There are certain moments in the game of cricket that tend to surprise even the most experienced of players who have themselves seen almost everything the sport has to offer. One such instance occurred when veteran Nottinghamshire player Luke Fletcher surprised even himself with a direct throw at the stumps which effected a crucial run out off Stuart Broad's bowling. The batter who got run out was Middlesex's Josh De Caires. The batter at the other end - Mark Stoneman - had played five consecutive dot balls as Stuart Broad created pressure. So, when Stoneman sensed an opportunity to take a single he went for it as he nudged a delivery directed on his pads on the leg-side inside the circle. However, the 33-year-old Luke defied the age barrier and pounced on the ball to inflict an epic run out.

However, the celebration following the run out was even more special with players catching hold of an ecstatic Fletcher and hugging in joy.

The official handle of the County Championship tweeted with a caption that said: "What's better, the run out or celebration?"

Middlesex were eventually all out for 195 runs in their first innings. Skipper Peter Handscomb top-scored with 48 runs. James Pattinson ended up with 4 wickets while Broad clinched 3 victims.

In reply, Nottinghamshire scored 415 runs, thanks to a ton by Haseeb Hameed. Steven Mullaney also batted brilliantly for his 92.

Luke returned to torment the bowlers with the bat as he scored 50 runs after grabbing one wicket earlier.

Stuart Broad Cricket
Get the latest updates on ICC T20 Worldcup 2022, check out the Schedule and Live Score. Like us on Facebook or follow us on Twitter for more sports updates. You can also download the NDTV Cricket app for Android or iOS.