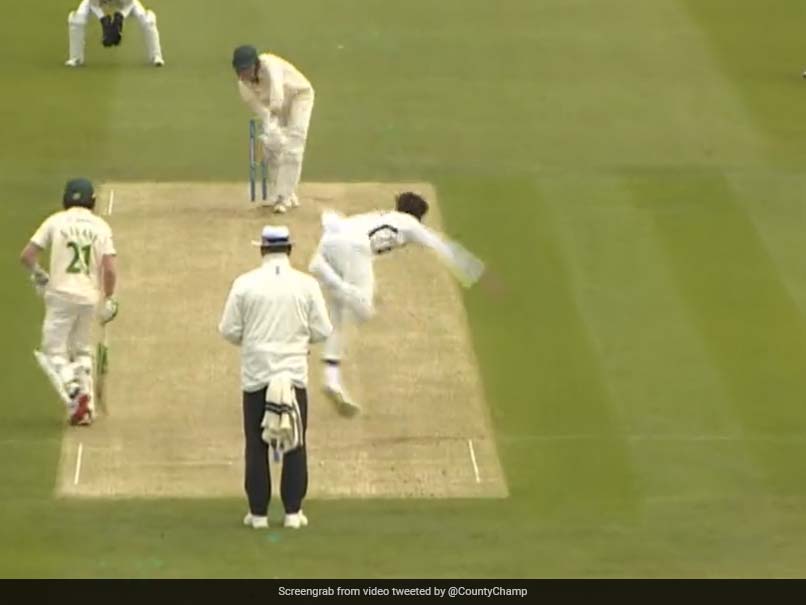 After bagging four wickets on his Middlesex debut against Glamorgan, Pakistan pacer Shaheen Afridi continued to make headlines in his first County Championship season. During the ongoing Division Two match against Leicestershire at the Lord's, Shaheen added three more wickets to his tally in the morning session. In fact, he almost picked up a hattrick on Day 1 of his home debut. During the fifth over of Leicestershire's innings, Shaheen dismissed opener Hasan Azad and skipper Colin Ackermann off the first two deliveries.

With Shaheen on a hattrick, Louis Kimber held his ground and defended the delivery.

The video of Shaheen's fiery spell was uploaded by the County Championship on their official Twitter handle.

However, Shaheen eventually got the better of Kimber on the last ball of the ninth over.

While filing this copy, Leicestershire were 104 for eight with Shaheen and Tom Helm bagging three wickets each.

Incidentally, Shaheen had also missed out on his hattrick in the previous game.

Shaheen had dismissed Marnus Labuschagne twice as Middlesex thrashed Glamorgan by an innings and 82 runs at the Sophia Gardens in Cardiff.

After being put into bat, Glamorgan were bowled out for a paltry of 122, as Shaheen and Toby-Roland Jones took three wickets each.

In the second innings, Jones bagged a five-for as Glamorgan could only manage 132.