Watch: Contender To Rival Shane Warne's "Ball Of The Century" Is Here 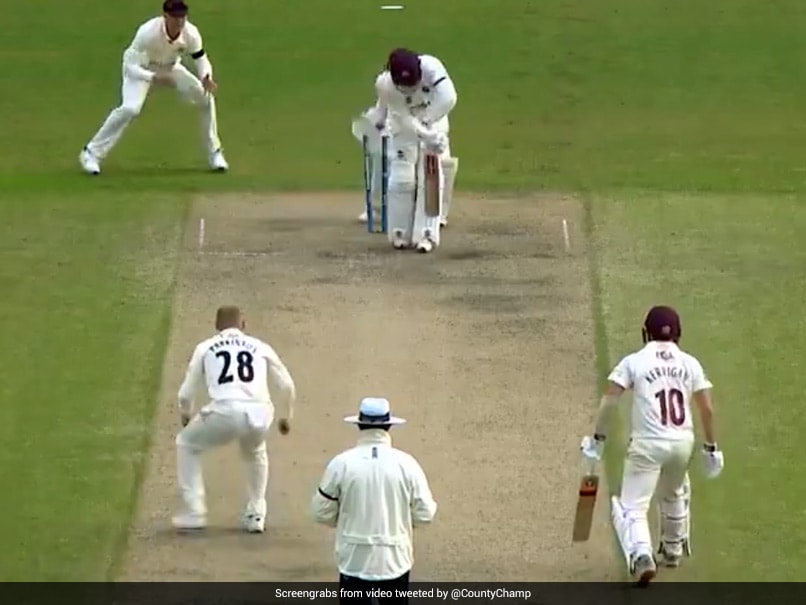 Legendary spinner Shane Warne's "Ball of the Century" against England in the 1993 Ashes is a timeless wonder. Australia's Warne had England's Mike Gatting all at sea with drift and spin, as he took the Englishman's stumps on his very first delivery of the series. It's a delivery that remains unrivalled. Or it did until Friday, anyway. Lancashire leg-spinner Matt Parkinson decided to recreate almost the same delivery during their County match against Northampshire, at the same venue where Warne delivered the original - Old Trafford in Manchester.

Bowling to Northampshire captain Adam Rossington, Parkinson tossed it up. The ball drifted to land outside leg and then spun in sharply to beat the batsman's feeble attempt at defending it and hit off-stump.

Need a refresher of Warne's original for comparison? Here it is:

It's 25 years today since THAT ball!

Parkinson finished the inning with figures of 3-49 as Northampshire were bowled out for 177 in response to Lancashire's 305 in the first innings.

Lancashire finished Day 2 at 60 for no loss in their second innings.

Warne's "Ball of the Century" came in the first Ashes match of the 1993 series. Bowling to Mike Gatting, who was known to be highly proficient against spin, Warne looped it up and got the ball to drift and land outside leg, before jagging in past Gatting's bat and hit the top of off stump.

Speaking about it several years later, Warne said that the delivery was "a fluke".

"The ball of the century was a fluke. It really was. I never did it again in the first ball of any time. So it really was a fluke and I think it was meant to be. As a leg-spinner, you always try to bowl a perfect leg-break every ball and I managed to do it first up which was pretty, like I said was a fluke really," he said.

Comments
Topics mentioned in this article
Matt Parkinson Shane Warne Cricket
Get the latest updates on SA vs IND 2021-22, check out the Schedule and Live Score . Like us on Facebook or follow us on Twitter for more sports updates. You can also download the NDTV Cricket app for Android or iOS.