Faf du Plessis, during an Instagram live session with Pommie Mbangwa, talked about his experience of playing with CSK. 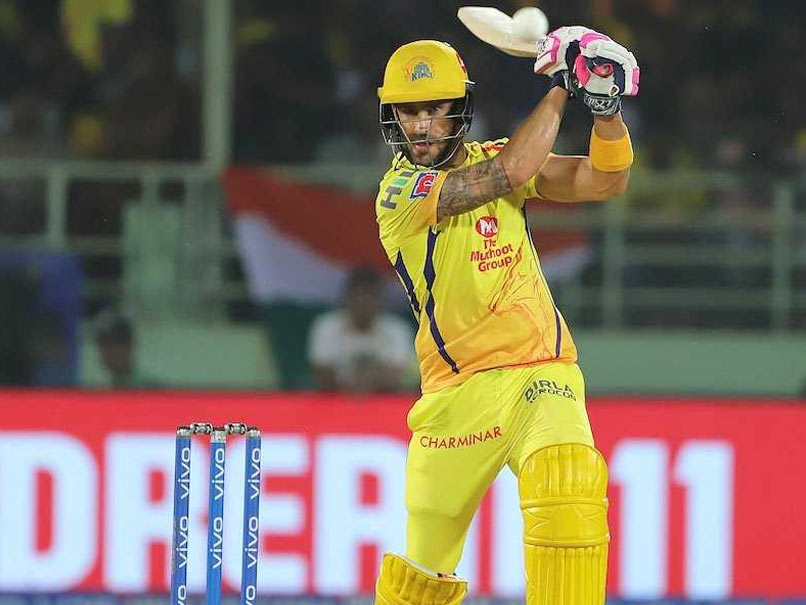 Former South Africa skipper Faf du Plessis has said that Indian Premier League (IPL) franchise Chennai Super Kings (CSK) comprises of a really calm dressing room. Du Plessis was doing an Instagram Live session with former Zimbabwe pacer Pommie Mbangwa and it was then that the former Proteas captain talked about his experience of playing with CSK. "There is a confidence in the CSK dressing room that someone will pull it through for us, and on each occasion, it is someone different. The guys share the load in winning games, it is a confidence thing by doing it again and again," du Plessis told Mbangwa during the chat.

"With Chennai, my experience there has been that of a calm dressing room. There are a lot of thinking cricketers in the dressing room," he added.

During the interaction, du Plessis also compared the CSK to Manchester United of old times.

He talked about as to how Manchester United used to score winning goals in the dying minutes of the match.

The right-handed batsman has played 71 matches in his IPL career so far, managing to score 1,853 runs at an average of 31.40.

The IPL's latest edition was slated to begin from March 29, but it has been postponed indefinitely due to the coronavirus pandemic.

However, BCCI president Sourav Ganguly wrote a letter to all state associations, stating that the cricket body is looking to host the tournament this year.

It is being speculated that the tournament might go ahead in October-November window if the T20 World Cup scheduled to be played in Australia gets postponed.