ISRO lost communication with Chandrayaan 2's lander Vikram moments before it was preparing to make a soft-landing on the surface of the moon. 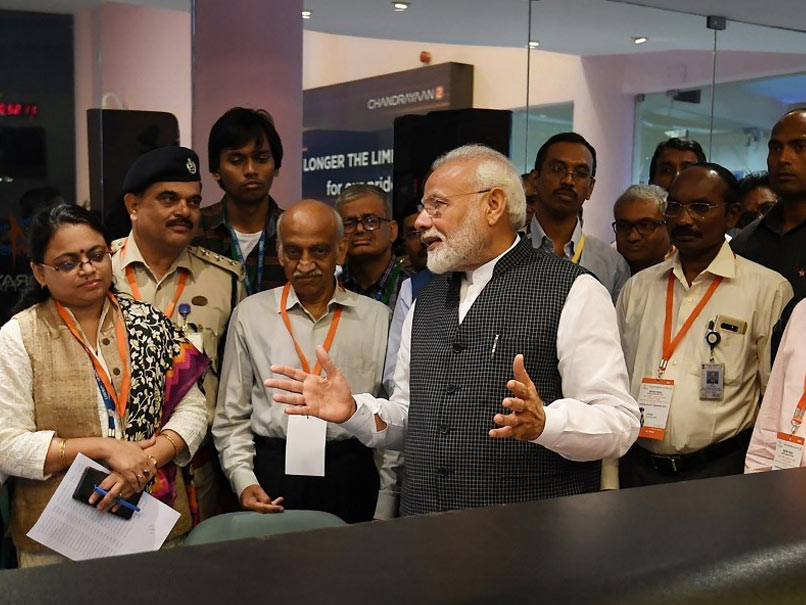 There's nothing like failure in science, we experiment & we gain. Massive respect for the scientists at #ISRO who worked relentlessly over days & nights. The nation is proud of you, Jai Hind!#Chandrayan2

Wrestler Geeta Phogat also tweeted, saying, "The boat does not cross, fearing the waves, those who try are never defeated. Whole India is proud of @isro #Chandrayaan2."

Koshish karne walo ki kabhi har nahi hoti.. we r very proud of you @isro and all our scientist..Hindustan Zindabad

We are proud of you team @isro for your ultimate hard work, you have not lost, you have gotten us further. Keep the dream alive.#Chandrayaan2

Thank you to all the scientists at @isro for making us dream.. The whole nation is proud of you#ProudOfISRO

We started and we will reach the finish line...Proud of @isro proud of our#Chandrayaan2 #ISRO

Earlier, ISRO in a tweet had said: "This is Mission Control Centre. #VikramLander descent was as planned and normal performance was observed up to an altitude of 2.1 km. Subsequently, communication from Lander to the ground stations was lost. Data is being analyzed. #ISRO".

ISRO had lost communication with Chandrayaan 2's lander Vikram moments before it was preparing to make a soft-landing on the surface of the moon.

In the early hours of Saturday, ISRO chairman K Sivan announced that communication with the lander was lost at 2.1 km from the lunar surface.

"The lander Vikram's descent was as planned and normal performance was observed until an altitude of 2.1 kilometres. Subsequently, the communication from the lander to the ground station was lost. The data is being analysed," ISRO chief K Sivan said.

The lander Vikram successfully separated from Chandrayaan 2's orbiter on September 2; it continues to orbit the moon. The orbiter has a lifespan of one year, and may still function beyond that, the ISRO has said.

The mission took off from the Satish Dhawan Space Centre in Sriharikota on July 22.

India's second mission to the moon was approved by the cabinet on September 2008, just before the launch of Chandrayaan 1.