Walking the ramp and dancing alongside Sakshi were Olympic medallists Helen Maroulis and Marwa Amri. 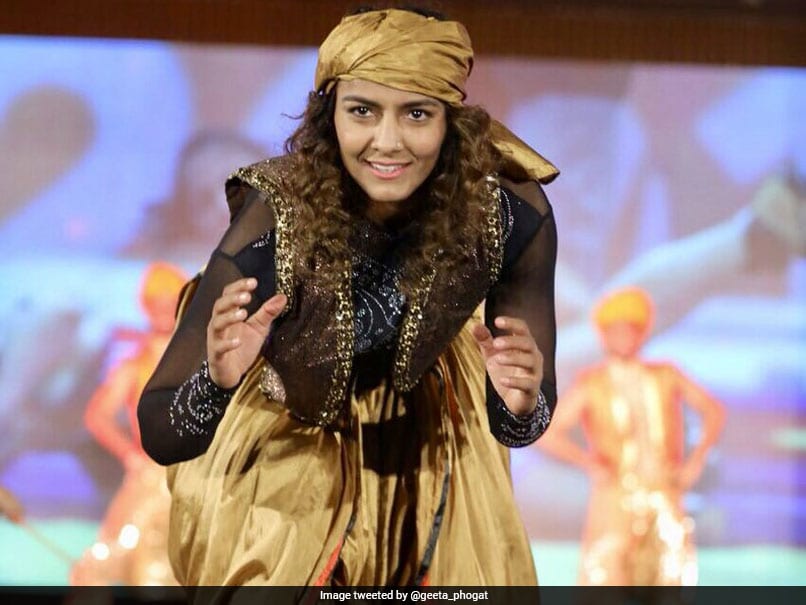 Commonwealth Games gold winner Geeta Phogat showed her dancing prowess while Olympic bronze medallist Sakshi Malik walked the ramp ahead of Pro Wrestling League 3. Walking the ramp and dancing alongside Sakshi were Olympic medallists Helen Maroulis and Marwa Amri along with Commonwealth Games medallist Tayla Ford and U23 world champion Bajrang Punia. While Geeta grooved on the beats of Dangal, Olympic and world champion Maroulis danced on Deewani Mastani followed by other Indian and international stars. Gracing the ramp with musical moves, Olympic and world champion Maroulis said, "I am glad to be a part of Pro Wrestling League. It is very famous worldwide and it gives the much needed platform to the players. I am eagerly looking forward to be a part of Season 3."

Sakshi added, "I have never experienced such thing in life ever. PWL is certainly the best platform for all the wrestlers as it is not only about wrestling but other activities that it engages." The ramp was studded with manystar wrestlers and Rahul and Sarita Mann, Geeta and Pawan, Sakshi and Satyavrat made the perfect pair while the Phogat sisters -- Vinesh and Ritu -- also seemed upbeat.

The third season of Pro Wrestling League (PWL) commences in the first week of January 2018.

Comments
Topics mentioned in this article
Wrestling
Get the latest updates on SA vs IND 2021-22, check out the Schedule and Live Score . Like us on Facebook or follow us on Twitter for more sports updates. You can also download the NDTV Cricket app for Android or iOS.