Harbhajan Singh took a dig at Virender Sehwag after his former teammate posted a tweet which boasted of his record against spinners. 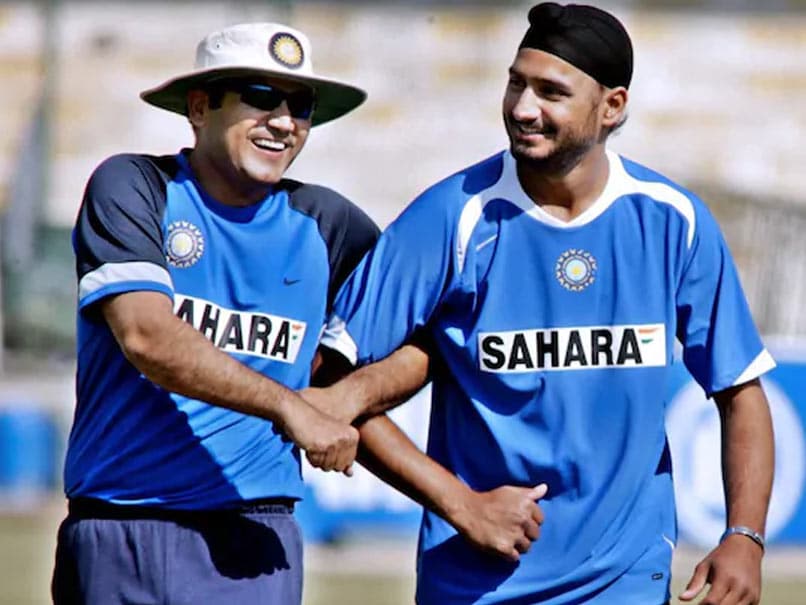 Harbhajan Singh was the first Indian to claim a Test hat-trick.© AFP

Harbhajan Singh engaged in friendly banter with former India teammate Virender Sehwag after the latter boasted of his batting record against spinners. Former India opener Virender Sehwag shared a TV commercial of an adhesive on Twitter, relating it to his batting performance against spinners. Veteran spinner Harbhajan Singh, who was the first Indian to claim a Test hat-trick, didn't hesitate to troll Virender Sehwag's claim, adding that the aggressive batsman was only good against the Pakistani spinners.

Harbhajan came up with a tongue-in-cheek reply, saying: "Viru teri Pakistan ke khilaaf average 91 thi, par har spinner Pakistani nahi hota. (Your average was 91 against Pakistan but not every spinner is a Pakistani)."

The 39-year-old off-spinner seems in complete mood of trolling these days as he earlier took a jibe at former Australia wicketkeeper-batsman Adam Gilchrist.

Harbhajan had removed Ricky Ponting, Adam Gilchrist and Shane Warne off consecutive deliveries during the 2001 Kolkata Test against Australia to claim a hat-trick.

Recently, when Jasprit Bumrah became the third Indian to claim a hat-trick in Test cricket, Harbhajan's historic feat came to the limelight once again. However, the Indian fast bowler required a DRS to complete his hat-trick against the West Indies.

Gilchrist sent a cheeky tweet, lamenting the absence of DRS at the time when Harbhajan claimed his hat-trick.

However, the spinner hit back at Gilchrist, saying: "U think u would have survived for long if not first ball? Stop crying over these things mate..thought u would talk sense after ur playing days.. but few things never change u r the prime example of that. Always crying."