Sri Lanka batsman Chamara Silva became a laughing stock on social media after his failed attempt to play a bizarre shot in a match between MAS Unichela and Teejay Lanka in Colombo. 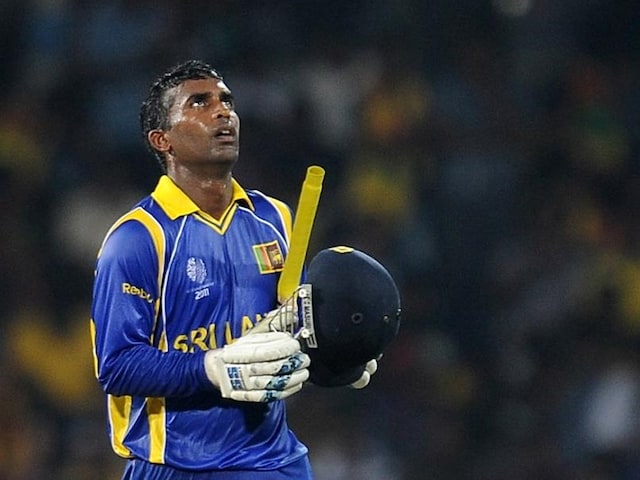 Sri Lanka batsman Chamara Silva became a laughing stock on social media after his failed attempt to play a bizarre shot in a match between MAS Unichela and Teejay Lanka at P Sara Oval in Colombo. It wasn't a scoop, nor he tried to play a reverse sweep to a fast bowler. It was an innovative shot of a new level. The 37-year-old went behind the stumps and swung the bat to play a pull shot but it seemed he forgot he could get out bowled too.

The video is all over the internet after the batsman left every cricket fan in splits.

Chamara was banned for two years for misconduct during a domestic first-class match in September. SLC said the match between Panadura Cricket Club and Kalutara Physical Culture Club in January this year had not been played in keeping with the spirit of the game and that players and officials on both sides had been penalised. The captains of both the teams were banned for two years from all cricket-related activities while the other players and managers were barred for one year, SLC said in a statement.

The two clubs were also fined half a million rupees ($3,300) each. The match was declared void and the points table has been adjusted.

The two sides had scored 587 runs on the final day despite only 180 being scored over the first two days, prompting an investigation which continued for seven months.

Later, Chamara was allowed to play domestic cricket by Sri Lankan cricket, according to Indian Express. For Sri Lanka, the right handed batsman has played 11 Tests, 75 ODIs and 16 Twenty20 internationals.

Comments
Topics mentioned in this article
Sri Lanka Cricket Team Chamara Silva Cricket
Get the latest Cricket news, check out the India cricket schedule, Cricket live score . Like us on Facebook or follow us on Twitter for more sports updates. You can also download the NDTV Cricket app for Android or iOS.