Brendon McCullum couldn't quite cling on to the ball but saved five runs for his team. 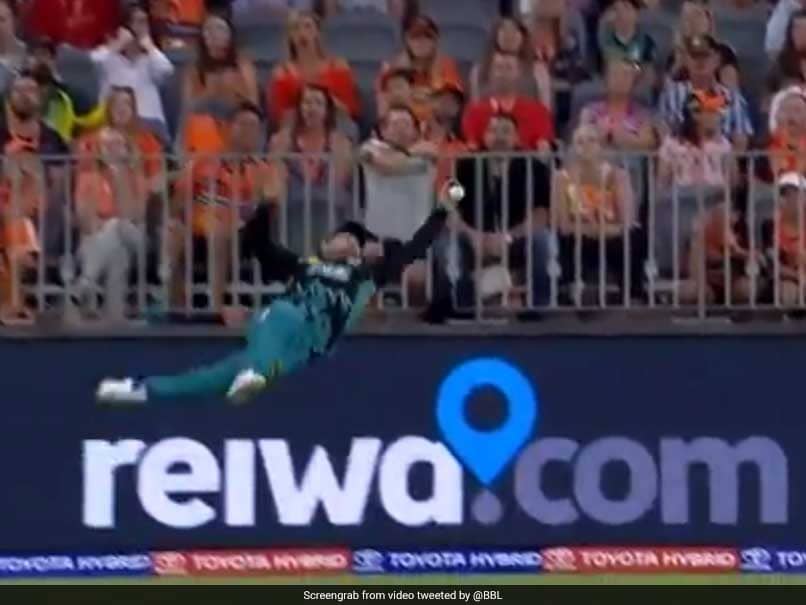 Brendon McCullum was fielding at long-off and the ball was belted in his direction.© Screengrab: @BBL

Former New Zealand skipper Brendon McCullum might not have been able to contribute with the bat in the ongoing Big Bash Twenty20 League in Australia, but his fielding remains as brilliant as ever. The 37-year-old pulled off two spectacular efforts in Perth on Saturday and almost claimed what would have been the most unbelievable catch ever. In the 14th over of the BBL match between Brisbane Heat and Perth Scorchers, McCullum was fielding at long-off and the ball was belted in his direction, looking to be heading for a six. McCullum flew off the ground and tried to grab the ball in his left hand, and it almost looked like he had taken the screamer. But when he landed the ball bounced out. He couldn't quite cling on to the ball but saved five runs for his team.

Fox Cricket commentator Mel Jones reckoned it could have been the "catch of the century"!

His former national team-mate Jimmy Neesham, who scored 34 runs in an over against Sri Lanka earlier this week, was also impressed.

"Oh my god @Bazmccullum that would've been an absolute worldie! Best effort I've ever seen from a 37 year old," Neesham wrote on Twitter.

Oh my god @Bazmccullum that would've been an absolute worldie! Best effort I've ever seen from a 37 year old #BBL08

Earlier, the veteran took a sharp diving catch to remove Cameron Bancroft, then almost bettered it when Mitchell Marsh crashed one towards the boundary.

His captain Chris Lynn told Fox Cricket that McCullum had blamed the stadium lights in his eyes for the spill.

It was a first win in their fourth match for the Daniel Vettori-coached Heat.

McCullum has just 30 runs in four innings for the Heat, at an average of 7.5.