Sourav Ganguly has headed to England and it is reported that discussion on the much-talked about 4-nation series is on the cards. 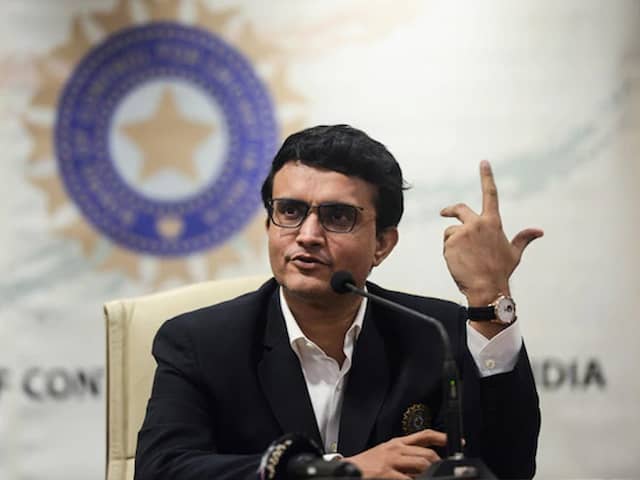 Sourav Ganguly had announced that the BCCI is looking at a 4-nation series.© AFP

The Board of Control for Cricket in India (BCCI) president Sourav Ganguly has headed to England and it is believed that discussion on the much-talked about 4-nation series is on the cards. While an informal meeting with the English and Wales Cricket Board (ECB) is on the cards, it will be worth seeing if Cricket Australia (CA) officials also join in. Speaking to IANS, sources in the know of developments said that discussing some of the areas of how the 4-nation tournament will be played out and how that fits into the Future Tours Programme is definitely on the cards as Ganguly headed to the UK.

"Yes, Ganguly headed to UK from the Eden Gardens on Wednesday and there will be talks around the 4-nation tournament during his stay there. Cricket Australia officials could also join in. That depends on how things progress as some things need looking into," the source said.

Days after taking over as the president, Ganguly had announced that the BCCI is looking at a 4-nation series every year that would involve India, England, Australia and another top nation. The BCCI officials also had meetings with their counterparts in the ECB and CA.

The ECB after the December meeting had issued a statement which said: "We meet regularly with other leaders from the major cricketing nations to share learnings and discuss topics that impact our sport. A four-nation tournament was raised at a meeting with the BCCI in December and we are open to discussions with other ICC members to see if this concept can develop."

Cricket Australia chief executive Kevin Roberts had also sounded optimistic and even spoke about how Ganguly has looked to be innovative with his planning. "I think it's an example of the innovative thinking coming out of the BCCI with Sourav Ganguly as president," Roberts had said.

"In his very short time, only a couple of months, we have already seen India commit to and host a day-night Test in Kolkata, so a brilliant result there and now a suggestion around the Super Series, another potential innovation."

The proposed event, if gets the go-ahead of both ECB and CA, will also need the approval of the ICC as it involves more than three teams and is currently not part of the international body's FTP. The ICC is keen on organising one flagship tournament every year during next eight-year FTP cycle (2023-2031), but the BCCI is not on the same page with the international body.

Comments
Topics mentioned in this article
Sourav Ganguly Cricket BCCI
Get the latest updates on IPL 2020, check out the IPL Schedule for 2020 and Indian Premier League (IPL) Cricket live score . Like us on Facebook or follow us on Twitter for more sports updates. You can also download the NDTV Cricket app for Android or iOS.