Rohit Sharma was India's star performer at the 2019 ODI World Cup and was also named the ICC ODI Cricketer of the Year for his stupendous performance. 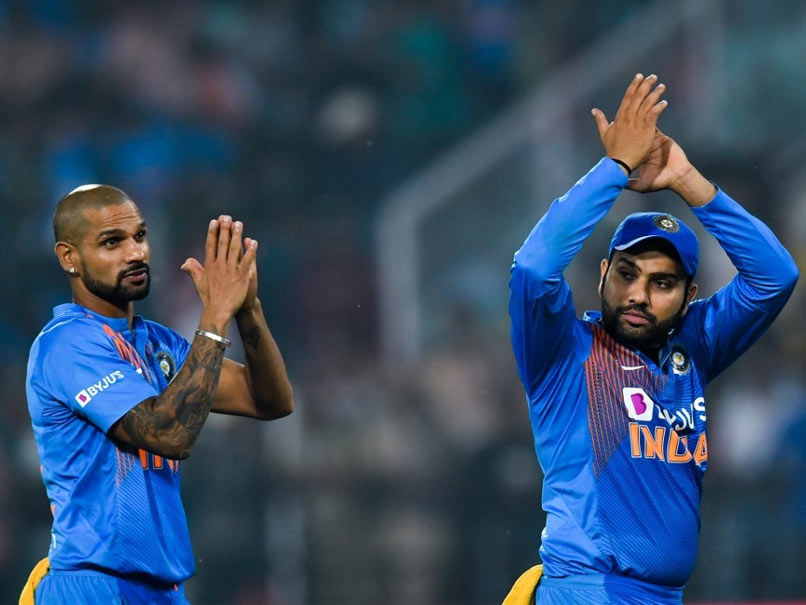 Rohit Sharma, India's limited-overs vice-captain, has been nominated for the prestigious Rajiv Gandhi Khel Ratna Award 2020, the Board of Control for Cricket in India (BCCI) announced via a press release on Saturday. Moreover, Ishant Sharma, Shikhar Dhawan and Deepti Sharma have been nominated for Arjuna Award. The Government of India's Ministry of Youth Affairs and Sports had sought invitations for the respective awards with the period of consideration beginning 1st January 2016 to 31st December 2019.

Rohit Sharma was India's star performer at the 2019 ODI World Cup and was also named the ICC ODI Cricketer of the Year for his stupendous performance.

Interestingly, the opening batsman also became the first player in the history of the game to score five ODI centuries in one edition of the World Cup.

Rohit is also the first batsman to score four T20I centuries and have two centuries in his maiden appearance as a Test opener.

"We went through a lot of data and considered various parameters before shortlisting the nominees. Rohit Sharma has set new benchmarks as a batsman and achieved scores people thought were not possible in the shorter formats of the game. We feel he is worthy of getting the prestigious Khel Ratna award for his commitment, conduct, consistency and his leadership skills," BCCI president Sourav Ganguly said in the press release.

Rohit Sharma's limited-overs opening partner Shikhar Dhawan, the youngest Indian to play all three formats of the game Ishant Sharma and top-class all-rounder Deepti Sharma have been nominated for the Arjuna Award.

Dhawan holds the record for the fastest Test century on debut and is the only batsman in the world to have won two consecutive golden bats in the ICC Champions Trophy.

Ishant Sharma holds the record for most wickets by an Indian pacer outside Asia.

Deepti Sharma holds the record for the highest individual ODI score by an Indian woman.

She is also the only Indian woman spinner to take 6 wickets in an ODI.