Sourav Ganguly Says BCCI, ICC "Will Be Hell Bent" To Get Cricket Back To Normal

BCCI president Sourav Ganguly is confident that life will be back to normal once the vaccine for the virus is developed. 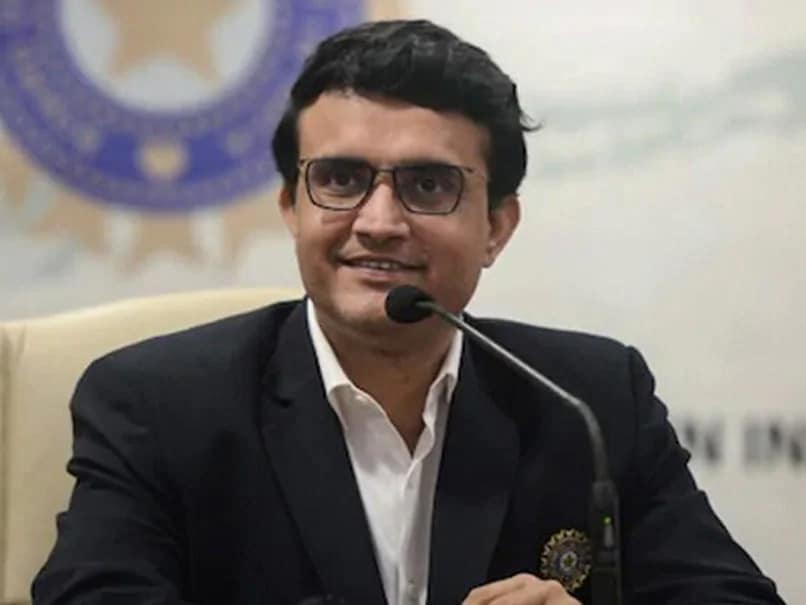 Sourav Ganguly called himself an "accidental cricketer" during a live session.© AFP

The world was in a "sheer shock" in the past few months due to the COVID-19 pandemic but BCCI president Sourav Gangulyis confident that life will be back to normal once the vaccine for the virus is developed. All sport including cricket has fallen prey to the COVID-19 pandemic, which abruptly halted all the sporting events globally since March, thus disrupting the scheduling along with huge financial setbacks for the respective associations.

"This is something that has got the world in sheer shock. I think things will be back on track. We did not have the medicines to take care of it. But over a six-seven months' period once the vaccine comes up everything will be normal," Ganguly said during a live class on 'Unacademy' app.

"We have this tremendous resistance in ourselves. I think cricket will be back to normal. Yes, there will be some changes in schedule but think the BCCI and the ICCwill be hell bent to get cricket back to normal. Ganguly believes once the vaccine is out, the virus will be like any other health issues like flu or jaundice but with a cure.

"Cricket will be very strong. There will be different tests, medical examinations for players, but I don't see it coming in the way of sport and it will go forward. As the vaccine comes out, it's going to be normal life I think. If you fall sick, whether you have fever, jaundice you pick those medicines and get better."

Ganguly, who went on to become one of the most successful captains of India having made his Test debut with a century at Lord's, also went down the memory lane and said he'd become a cricketer by "accident".

Having taken up football seriously, he was asked by his father to join a cricket coaching to keep away from playing mischief and there was no looking back since then.

"Football was my life. I was very good at it till class nine. During one summer vacation, my father (late Chandi Ganguly, who was in the Cricket Association of Bengal) told me you're doing nothing at home go and practice. He put me into a cricket academy.

"I loved going there because it kept me away from home my parents, my brothers, my family, who were very disciplined. For me, this was a time away from them. I don't know what my coach saw in me he told my father you should take him out of football. So I got into cricket."

Recollecting getting a hundred against Odisha at Eden in an age-group match, Ganguly said: "Five-six players got sick because of typhoid and an SOS came our academy. I was fortunate to be one of them. I was nowhere but I got a hundred and then everything went off well. I became an accidental cricketer."

Ganguly said he had to fit into his elder brother Snehashish's kits so he became a left-hander.

"I had stopped playing for two-three months since then and then the CAB called for the trials. I had no kit. My brother played cricket and he was a lefthander. I had to adjust to a left-hander's kit, the gloves and all."

"I'm lucky that I played this game. I have seen this game evolve from the time I started," Ganguly said adding that his real inspiration came when the Kapil Dev-led India lifted the World Cup for the first time in 1983.

Picking his Lord's debut hundred as the best moment of his career, he said: "I had a debut hundred in Duleep Trophy, made a debut in Ranji finalfor Bengal but it was like a fairytale to get hundred at Lord's."

"It will remain with me forever. My mindset that day I feel was the best that I had ever. Maybe the destiny was with me to become a Test cricketer. I proved myself that I belong here," he added.

Comments
Topics mentioned in this article
Sourav Ganguly Kapil Dev BCCI International Cricket Council Cricket
Get the latest updates on SA vs IND 2021-22, check out the Schedule and Live Score . Like us on Facebook or follow us on Twitter for more sports updates. You can also download the NDTV Cricket app for Android or iOS.