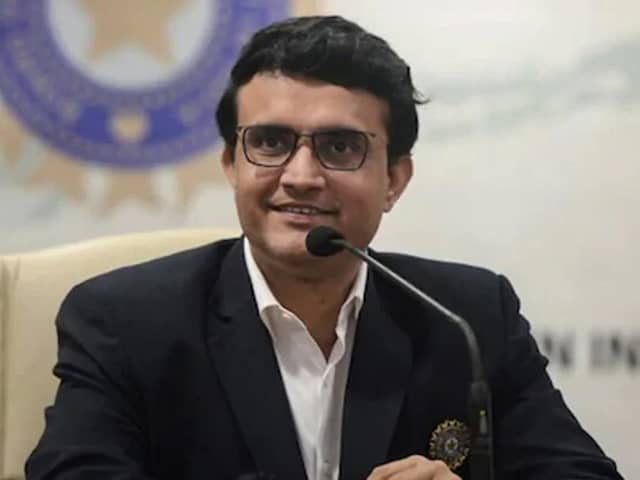 Sourav Ganguly is currently the president of the BCCI.© AFP

As Cricket South Africa's (CSA) director of cricket Graeme Smith backed former India skipper Sourav Ganguly to head the International Cricket Council (ICC), the Proteas cricket body on Thursday clarified its stand regarding the elections of the ICC. The remark of CSA came just hours after Smith decided to say that Ganguly is best positioned to lead the ICC at the present stage.

"We must respect both the ICC protocol and our own protocol in deciding which candidate to back. There have been no candidates nominated as yet and once such nominations have been made the Board of CSA will take its decision in terms of its own protocol and give the chairman the mandate to exercise his vote as an ICC Board Director accordingly," CSA President and Chairman of the Board, Chris Nenzani said in an official release.

"We have the highest regard for the opinions of our Director of Cricket, Graeme Smith, who is a well-respected figure in world cricket and has already made an immense contribution in fulfilling his mandate to make our cricket teams world leaders again. At the moment we don't want to anticipate any candidates who may be nominated for this important position to lead the game we all love," he added.

Ganguly is currently the president of the Board of Control for Cricket in India (BCCI). However, ICC's current chairperson Shashank Manohar is expected to step down in June and since the post of chairman will be vacant, Smith decided to vouch for Ganguly.

"Now it is even more important to have someone in a role who can provide leadership who understands and can navigate the challenges in the game today. I think post-COVID with the things that are going to come our way, to have strong leadership is important. I feel that someone like Sourav Ganguly is best positioned for that at the moment," sport24.co.za had quoted Smith as saying.

"I know him well, I played against him a number of times and worked with him as an administrator and in television. I feel that he has got the credibility, the leadership skills, and is someone that can really take the game forward and I think that, more than anything, that is needed right now at an ICC level," he added.

ICC's elections are slated to be held in July this year and Smith said having a former cricketer as the president of the ICC will help everyone involved.

"We know that the elections are coming up and there are a few names in the hat, but my own opinion is that it's time that someone close to the modern game with the leadership credentials got into a key position," Smith said.

Ganguly had become the president of the BCCI last year in October and he was exceptional in making India play its first day-night Test. India had played its inaugural day-night Test against Bangladesh at the Eden Gardens last year.

Graeme Smith Sourav Ganguly Cricket
Get the latest Cricket news, check out the India cricket schedule, Cricket live score . Like us on Facebook or follow us on Twitter for more sports updates. You can also download the NDTV Cricket app for Android or iOS.