Coronavirus: ICC Chairman Shashank Manohar May Get Extension As Coronavirus Postpones Board Meeting

ECB chairman Colin Graves has emerged as the favourite for the ICC top job. 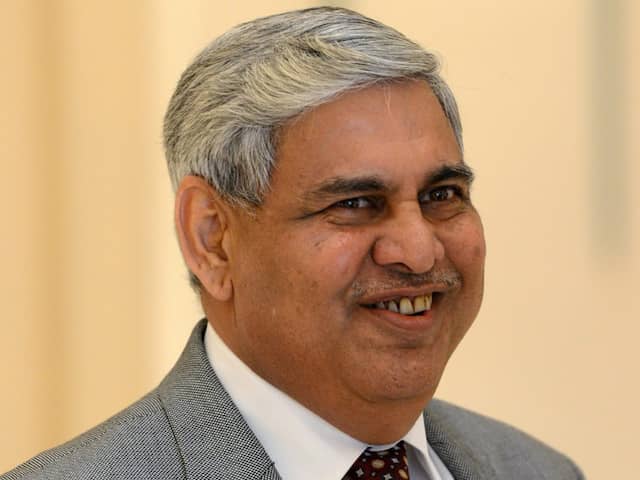 Shashank Manohar has decided against seeking an extension for a third two-year term.© AFP

International Cricket Council chairman Shashank Manohar, who is expected to step down in June, might get a couple of months' extension as the ICC's Board Meeting is set to be postponed due to the COVID-19 pandemic. In all likelihood, England and Wales Cricket Board (ECB) chairman Colin Graves will replace the former BCCI president, who, it is learnt, has decided against seeking an extension for a third two-year term.

"This is for sure that Manohar is going but he will probably stay on for another two months as the annual Board Meeting in June looks highly unlikely at the moment considering the global situation," an ICC Board member told PTI on conditions of anonymity.

"So it might be in August that ICC will have a new chairman," he added.

The BCCI, however, remains wary of the Vidarbha lawyer, who was seen as an adversary by some in the Indian Board.

"Till Manohar steps down officially, I will not like to believe (anything). Seeing is believing. He still has a term left. If he decides at the last moment that he wants to continue then it will be a different story," a BCCI veteran said.

Hong Kong's Imran Khawaja's name was initially floated as Manohar's possible successor, but it is understood that he doesn't have the support of the full members.

ECB chairman Graves, who is supposed to step down from his country's board in November 2020, has emerged as the favourite for the ICC top job.

Those in the know of ICC's board room politics feel that Graves' biggest advantage at this point is support from all the major Test-playing nations.

"England, New Zealand, Australia and West Indies will support Graves' candidature. He also shares a great rapport with BCCI although the world's richest cricket board has not openly supported any candidate," the Board member said.

It is expected that BCCI will have a better working relationship with Graves compared to Manohar, whom they have time and again accused of not keeping Indian interest in mind unlike the times of N Srinivasan.

At ECB, Graves will be succeeded by former FA Chief Executive Ian Whatmore.

India Cricket Team International Cricket Council Cricket
Get the latest updates on IPL 2020, check out the IPL Schedule for 2020 and Indian Premier League (IPL) Cricket live score . Like us on Facebook or follow us on Twitter for more sports updates. You can also download the NDTV Cricket app for Android or iOS.