Jaydev Unadkat picked up 67 wickets this Ranji season but more importantly bowled match-winning spells in both the semi-final and final. 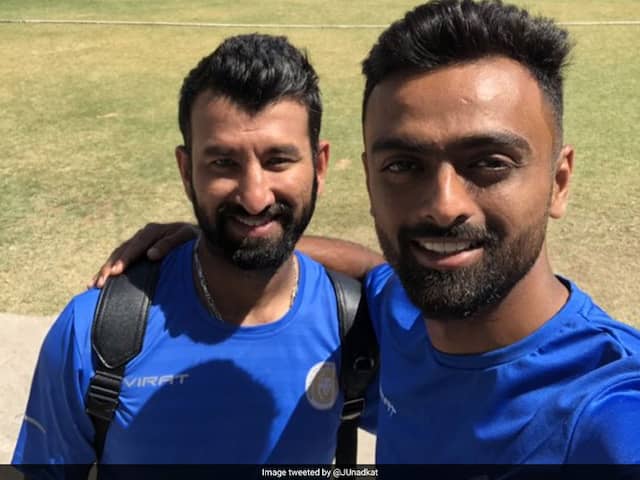 Jaydev Unadkat picked up 67 wickets in this Ranji season at 13.23.© Twitter

Now that he is a Ranji Trophy winner, Jaydev Unadkat hopes that "people" will not talk only about his IPL riches and says the hunger to make an India comeback has never been stronger following a sensational season. Saurashtra skipper and lead pacer Unadkat picked up 67 wickets this season at 13.23 but more importantly bowled match-winning spells in both the semi-final and final in Ranji Trophy. He took seven wickets against Gujarat and on Friday, dismissed a well-set Anustup Majumdar before effecting a run out in the same over to tilt the game decisively in his team's favour.

"I still have that hunger to make a comeback. The hunger has never been stronger than this and that actually kept me going throughout the season. To be honest, it was challenging physically surviving the season. Bowling those long spells as a fast bowler in almost every game," said Unadkat after captaining Saurashtra to their maiden trophy.

"I just want to keep this phase going. I don't want to end it here. Yes, we have won the trophy and I am the happiest captain in the world right now If I can say that."

Sitting next to him and the trophy was his good friend and Saurashtra teammate Cheteshwar Pujara, who fully endorsed Unadkat's views.

"I agree Jaydev has bowled exceptionally well throughout the season. If someone takes 67 wickets in a season, I don't think there is anyone who can perform better in the Ranji Trophy. There has to be lot of importance to Ranji Trophy performance to get picked for the Indian team," Pujara said.

"Jaydev was modest that he would not be thinking about the Indian call but I will be surprised if he is not picked in the Indian team," said the Test specialist who too made a crucial contribution despite being unwell.

Unadkat, who twice went for the big bucks in the IPL auction and is a main player for Rajasthan Royals, is glad that he has achieved a long pending dream.

"The second question about IPL does matter a lot to me. I have been working harder than many guys, as hard as any other cricketer in the country to earn my rewards. It was not just the IPL on my mind at any time. Yes, there was auction happening and people were talking just about that but this was something I really wanted to (win Ranji Trophy).