The Cricket Advisory Committee had given Anil Kumble's extension the green light provided all pending issues were resolved. 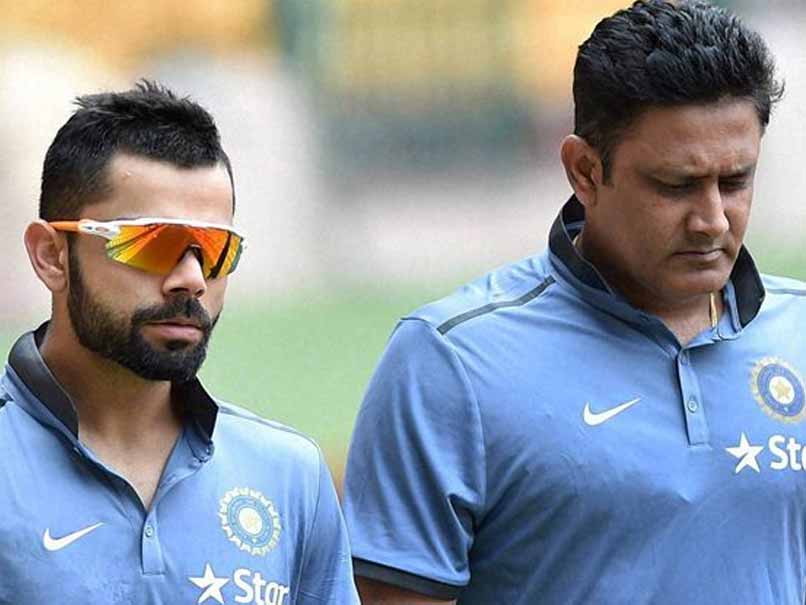 Anil Kumble and Virat Kohli hadn't been on talking terms since December.© PTI

Anil Kumble stepped down as the Head coach of the India cricket team on Tuesday. He tweeted his resignation when the team was on it's way to the West Indies to make things clear — that the differences between Virat Kohli and himself were real. While their were rumours circulating for weeks that things were not right between the two, the Board of Control for Cricket in India (BCCI), too, had an inkling all was not well. However, they were completely taken aback when they came to know that Kohli and Kumble were not on talking terms for the 'last six months'. Another point has also come to the fore that the Cricket Advisory Committee (CAC), comprising the trio of Sachin Tendulkar, Sourav Ganguly and VVS Laxman, didn't give the green light for Kumble's extension as head coach straightaway. They had okayed the extension with a rider.

"There had been reports that the CAC had okayed Kumble's extension. They had okayed his extension but with a rider. They had said that Kumble should be retained provided all pending issues are resolved," a senior BCCI official, who was present in London during the whole episode, said.

Post the ICC Champions Trophy final, there were three separate meetings at the Indian team's hotel.

The first was where Kumble met the BCCI top brass and members of CAC followed by Kohli meeting them. The last and the most "eventful" meeting was when Kohli and Kumble were made to sit across the table. The talks failed completely as there was no communication.

"The two had stopped talking to each other since December when the England Test series got over. There were problems but it was like shocking that the two didn't have any proper communication for the past six months. On Sunday evening after the final, they were made to sit across table and they both agreed that it's not working out."

When asked what was the problem, the source said: "When we spoke to Anil separately and specifically asked him if there's any problem, he said he has 'no problems with Virat'. He was also told about the specific areas where Kohli has reservations about his functioning, while Anil said these were non-issues."

"Look, if one of the two protagonists feel that there are issues which seemed to be non-issue to the other one, only these two can then sort out. Once they sat across the table, both realised after coming out that it has gone beyond repair. Anil's tickets were booked for Barbados. His wife was also supposed to join him but he knew it was over," the official added.

Asked if he could be more specific, the official said: "Let's put it that Virat felt that Anil is entering an area which was his domain. For Anil, who has been a decorated player and an India captain, he has his own beliefs and ideas but the final call always stays with the captain," he said.

Comments
Topics mentioned in this article
India Cricket Team Virat Kohli Anil Kumble BCCI Cricket
Get the latest updates on IPL Auction 2023 and check out  IPL 2023 and Live Cricket Score. Like us on Facebook or follow us on Twitter for more sports updates. You can also download the NDTV Cricket app for Android or iOS.