BBL: Mitchell Marsh has been charged for showing dissent at an umpire's decision during their Qualifier match against Sydney Sixers on Saturday. 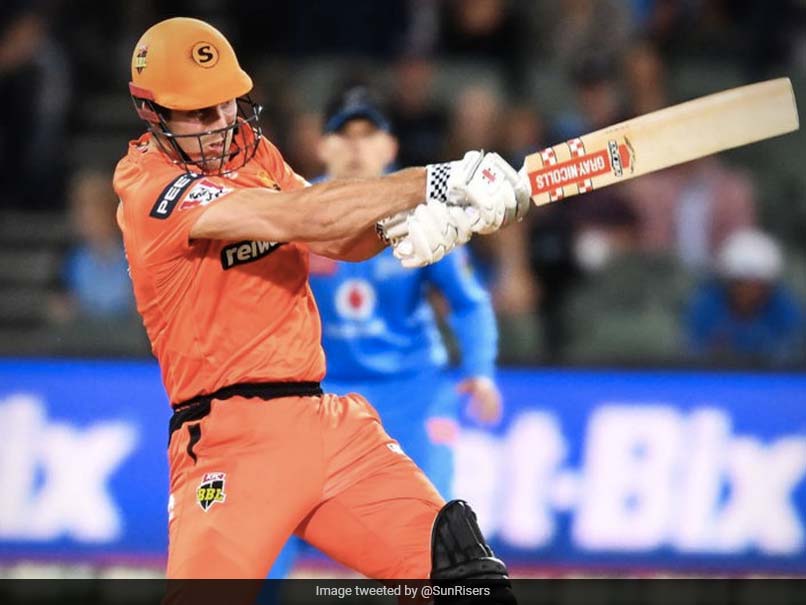 BBL 10: Mitchell Marsh had reacted angrily after the on-field umpire ruled him out.© Twitter

"Marsh was charged by match referee Bob Stratford under Article 2.8 of the Code of Conduct for showing dissent at an umpire's decision during a match. Marsh accepted the charge and proposed sanction of a $5,000 fine," Cricket Australia said in a statement.

The incident took place when Marsh was deemed out in the 13th over of the innings. It had seemed the batsman was trapped down the legside by spinner Steve OKeefe and wicketkeeper Joshua Philippe took the catch. After being given out, Marsh was visibly shocked and reacted angrily to the decision.

Marsh, in a statement, said: "I accept the fine handed down to me, my reaction to the umpire's decision was unacceptable and not the example I want to be setting for any young cricketer. I have complete respect for the umpires and the job they do. I'll learn from this and look forward to Thursday night's match."

However, the replays indicated that there was a huge gap between the bat and ball. After the incident, England all-rounder Ben Stokes had said that he fails to understand why every cricket tournament still does not use the Decision Review System (DRS) to eradicate howlers.

"DRS isn't there to make the umpires look bad. Why on earth aren't all competitions using it, it's frustrating to watch something like that happen when it can so easily be fixed," Stokes had tweeted.

Mitchell Marsh Cricket
Get the latest updates on SA vs IND 2021-22, check out the Schedule and Live Score . Like us on Facebook or follow us on Twitter for more sports updates. You can also download the NDTV Cricket app for Android or iOS.