Big Bash League: Sydney Sixers won the rights to host their second consecutive final after defeating Perth Scorchers in the Qualifier on Saturday. 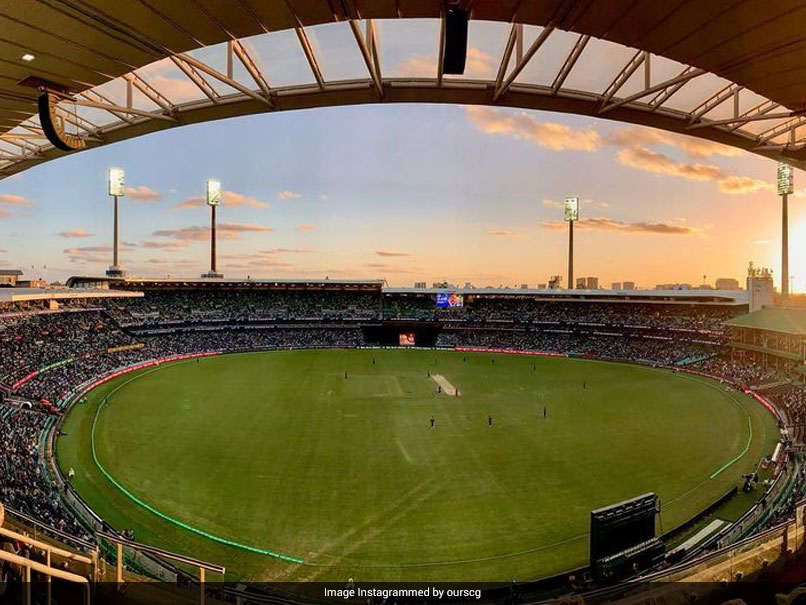 The Sydney Cricket Ground will hostthe final of the Big Bash League 10 on February 6.© Instagram

Cricket Australia (CA) on Saturday confirmed that the Sydney Cricket Ground (SCG) will host the final of the Big Bash League (BBL) on February 6. Sydney Sixers won the rights to host their second consecutive final after defeating Perth Scorchers in the Qualifier on Saturday.

The Perth Scorchers will now receive a second chance to reach the final when they host the Challenger on Thursday at Optus Stadium. They will take on either the Sydney Thunder or Brisbane Heat, who go head-to-head at Manuka Oval on Sunday.

"We'd like to congratulate the Sydney Sixers on earning the right to host their second consecutive BBL final, which we're delighted to confirm will be held at the Sydney Cricket Ground," Alistair Dobson, Cricket Australia's Head of Big Bash Leagues, said in an official release.

"This is a major reward for fans of the Sydney Sixers, who haven't been able to get to the SCG and see their team play so far in BBL|10. We look forward to welcoming a big crowd to the SCG next Saturday night for a fitting end to our tenth season of Big Bash. Tonight's result means the Perth Scorchers will host either Sydney Thunder or Brisbane Heat at Optus Stadium next Thursday, with the winner returning to Sydney to face the Sixers. Thanks again to all four remaining teams for their ongoing flexibility and understanding as we navigate this complex season," he added.

BBL had commenced on December 10, 2020 and the intial set of matches were played in Hobart and Canberra, and then the action moved to Brisbane, Adelaide and Perth.

Sydney Cricket Ground (SCG), Sydney Cricket
Get the latest updates on SA vs IND 2021-22, check out the Schedule and Live Score . Like us on Facebook or follow us on Twitter for more sports updates. You can also download the NDTV Cricket app for Android or iOS.