Glenn Maxwell, who is captaining the Melbourne Stars, is currently the sixth-highest run-getter in BBL 2019 but on Saturday things didn't go as planned for him. 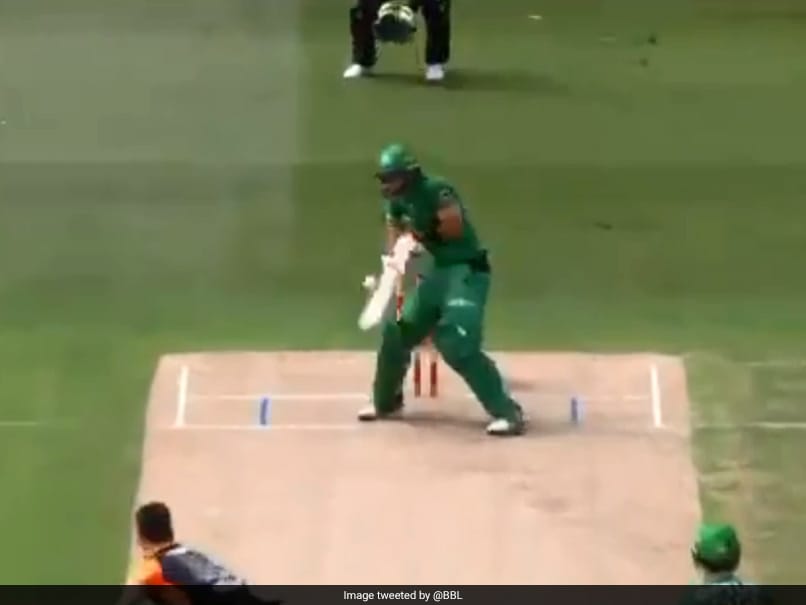 Glenn Maxwell had shocked the cricketing world when he announced that he was taking time away from the game after "experiencing some difficulties with regards to his mental health". It was not known if one of the world's best T20 batsman will ever return. But he did and how. Couple of months after battling mental health issues, Glenn Maxwell once again showcased his brilliant batting talent in the ongoing Big Bash League (BBL). The 31-year-old, who is captaining the Melbourne Stars, is currently the sixth-highest run-getter in BBL 2019 but on Saturday things didn't as planned for Maxwell.

The Australian all-rounder came into bat with his team in a spot of bother at 81 for four. Maxwell and opener Hilton Cartwright stitched a 50-run stand for the fifth wicket but in a bid to up the scoring rate for the Melbourne Stars, Maxwell perished.

Maxwell, who is known for hitting some outlandish shots, tried an ambitious scoop, ramp shot but it ended in complete disaster. The right-hander got into a tangle and ended up getting an edge and giving a simple catch to the wicketkeeper.

That's stiff. A failed scoop from Maxwell just about sums up the Stars innings so far #BBL09 pic.twitter.com/jLAN1O1Ipk

Only three batsmen for the Melbourne Stars got into double figures with opener Cartwright remaining unbeaten on 58 off 56 balls.

Despite a poor batting overall display for the Melbourne Stars, the bowlers stepped up to the plate and restricted the Perth Scorchers to 131 for nine in the chase. The 10-run win helped Melbourne Stars extend their lead at the top of the BBL table.

Melbourne Stars now have a handy seven points lead over second-placed Sydney Sixers, who have a game in hand.

Glenn Maxwell Hilton Cartwright Cricket
Get the latest updates on India vs South Africa and check out  Schedule, Results and Live Score. Like us on Facebook or follow us on Twitter for more sports updates. You can also download the NDTV Cricket app for Android or iOS.