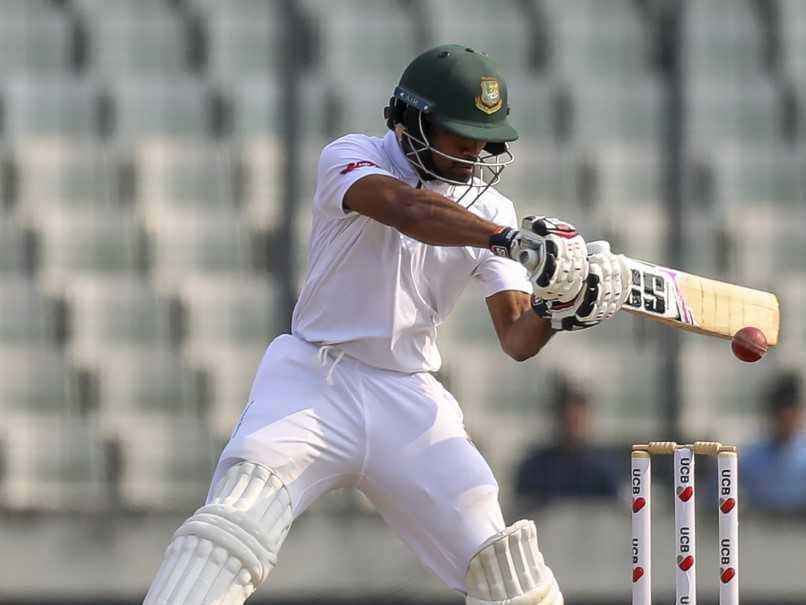 Opener Shadman Islam scored a composed 199-ball 76 on debut, while captain Shakib Al Hasan slammed an unbeaten fifty as Bangladesh concluded the first day's play at 259/5 in the second Test against the West Indies in Dhaka. Along with Shakib (55*), middle-order batsman Mahmudullah (31*) stood tall to keep Bangladesh in a comfortable position at stumps on Friday. For West Indies, leg-spinner Devendra Bishoo claimed two wickets, while Kemar Roach, Shermon Lewis and Roston Chase chipped in with a dismissal each.

Shadman anchored the innings with his calm knock before Shakib and Mahmudullah put Bangladesh in control with an unbroken 69-run sixth-wicket partnership.

Shadman, who played more balls than any other debutant Bangladeshi opener, shared three useful partnerships of 42, 45 and 64 with Soumya Sarkar, Mominul Haque and Mohammad Mithun.

Chase got the Windies' first breakthrough when he removed opener Soumya, who made 19 before edging to Shai Hope at first slip.

Roach dismissed Mominul (29) on the stroke of lunch break before Mithun was bowled by Bishoo for the same score.

Shadman brought up his 50 off 147 balls by sweeping left-arm spinner Jomel Warrican through square leg for a boundary, and was in line to become only the fourth Bangladeshi to score a century on debut.

But Bishoo dashed his hopes by trapping him leg-before wicket in the post-lunch session.

Right-arm pacer Lewis bowled Mushfiqur Rahim for 14 to give the West Indies further success but Shakib and Mahmudullah, 31 overnight, held firm until the close.

Shakib was uncharacteristically restrained in bringing up his 24th Test 50 off 98 balls, with just one boundary.

Bangladesh went into the game without any recognised fast bowler as they dropped Mustafizur Rahman and replaced him with additional batsman Liton Das.

Wicketkeeper-batsman Mushfiqur overcame concerns about his fitness to be included in the side.

The home side leads the two-Test series 1-0 thanks to their 64-run win in the opening Test in Chittagong.

Shakib Al Hasan Cricket
Get the latest updates on India vs Australia Series, check out the India vs Australia Schedule for 2020-21 and Ind vs Aus live score . Like us on Facebook or follow us on Twitter for more sports updates. You can also download the NDTV Cricket app for Android or iOS.