Bangladesh To Send Cricketers To Pakistan After Safety Assurances

The Bangladesh squad being sent for the Emerging Teams Asia Cup starting December 6 is the first since 2015 to visit Pakistan. 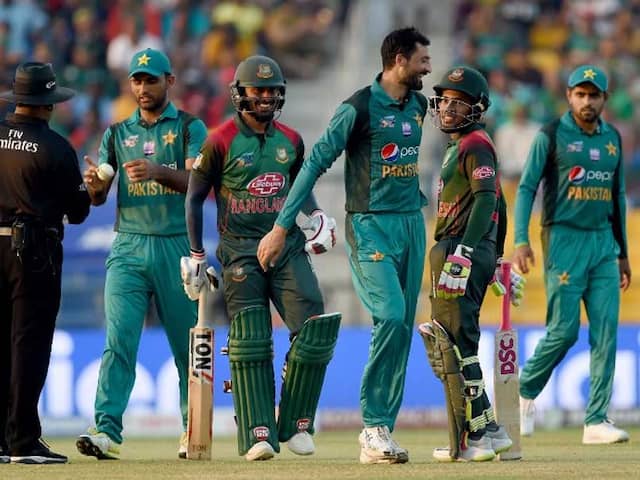 Bangladesh will play all their group matches in Karachi. (File picture)© AFP

Bangladesh will send a cricket squad to Pakistan for the first time in three years, officials said on Thursday after receiving assurances from their counterparts about security. Pakistan and Sri Lanka are co-hosting an Asian Cricket Council tournament next month, with Bangladesh playing all their group matches in Karachi. Most cricket nations have steered clear of Pakistan since gunmen attacked Sri Lanka's team bus in 2009, killing several people. But international cricket is slowly returning, with Zimbabwe and the West Indies among countries to visit Pakistan in recent years.

The Bangladesh squad being sent for the Emerging Teams Asia Cup starting December 6 is the first since 2015 to visit Pakistan.

"We agreed to the tour following assurance of adequate security by the Pakistan Cricket Board," said Bangladesh Cricket Board boss Nizamuddin Chowdhury.

The board would also send a security detail with the squad, he added.

Bangladesh are in Group B alongside hosts Pakistan, Hong Kong and the UAE.

Sri Lanka, Afghanistan, India and Oman in Group A will play their matches in Colombo, which will also host the semis and final.

Mushfiqur Rahim Cricket
Get the latest Cricket news, check out the India cricket schedule, Cricket live score . Like us on Facebook or follow us on Twitter for more sports updates. You can also download the NDTV Cricket app for Android or iOS.