Tamim Iqbal struck 127 while Shakib Al Hasan and Sabbir Rahman added 72 and 54 runs respectively as Bangladesh posted 324-5. In reply, Sri Lanka were bowled out for 234 runs. 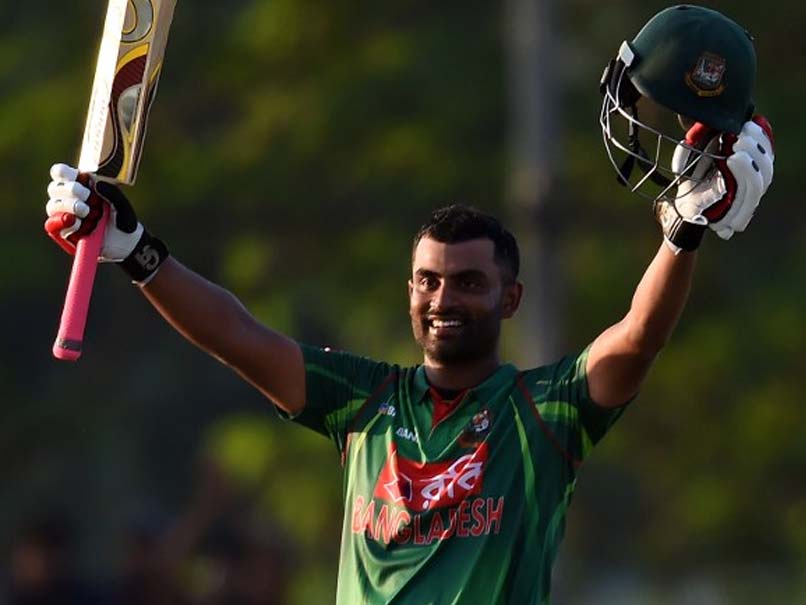 Opener Tamim Iqbal struck a brilliant century to set up a crushing 90-run win for Bangladesh in the first one-day international against Sri Lanka in Dambulla on Saturday. Tamim made 127 off 142 balls while Shakib Al Hasan and Sabbir Rahman added two more fifties, as Bangladesh posted an imposing 324-5, their highest ever score against Sri Lanka, surpassing 265-9 in 2006. Sri Lanka were never up to the task, being derailed very early on after skipper Mashrafe Mortaza struck in the first over and then ODI debutant Mehedi Hasan left them struggling at 15-2 inside six overs.

They were finally dismissed for 234 runs in 45.1 overs to suffer their fifth loss against Bangladesh in 39 meetings. The hosts are now trail 0-1 in a three-match series.

Dinesh Chandmial made highest 59 for the inexperienced home side with left arm pace bowler Mustafizur Rahman finishing with 3-56 runs for Bangladesh.

Thisara Perera made a quickfire 55 off 31 balls coming to bat at eight. He hit Mortaza two fours and a six to please the crowd in the 40th over but it was a case of too little too late to change the course of the game.

Tamim, who struck 15 fours and a six on his way to his eighth ODI century earlier, set the platform for a big total, putting on 144 runs with Shakib for the fourth wicket -- Bangladesh's best ever partnership against Sri Lanka.

Shakib hit 72 off 71 balls and looked to be headed towards a century before he swept a Suranga Lakmal delivery wide outside off-stump to be caught by Lakshan Sandakan at short fine leg.

"Batting till the 45th over is not easy, lot of sweat goes down," man-of-the-match Tamim said after the game.

"We just kept our cool and kept rotating the strike. The way Shakib played was exceptional.

Tamim, who also reached a personal milestone by becoming the first Bangladeshi to complete 10,000 international runs, led the batting charge throughout the innings until he fell to Lahiru Kumara in the 48th over.

But Tamim and Sabbir, who made 54 off 56 balls, added 90 runs for the second wicket to bring the innings back on track on what looked like a flat batting pitch.

"I think we controlled the middle period very well. But we bowled very badly and on the field also we gave around 25-30 runs extra," he said.

Tharanga took a brilliant reflex catch at short cover to end Sabbir's aggressive innings which contained 10 fours, including three in one over off Perera.

Sandakan then took a catch off his own bowling to remove Mushfiqur Rahim for one but Shakib joined Tamim to continue Bangladesh's domination.

The second match of the series will be held at the same venue on Tuesday.

Comments
Topics mentioned in this article
Bangladesh Cricket Team Sri Lanka Cricket Team Tamim Iqbal Shakib Al Hasan Sabbir Rahman Cricket
Get the latest updates on IPL Auction 2023 and check out  IPL 2023 and Live Cricket Score. Like us on Facebook or follow us on Twitter for more sports updates. You can also download the NDTV Cricket app for Android or iOS.