Reports suggest that Steve Smith could lose the Australian captaincy permanently and also be banned for a year along with David Warner. 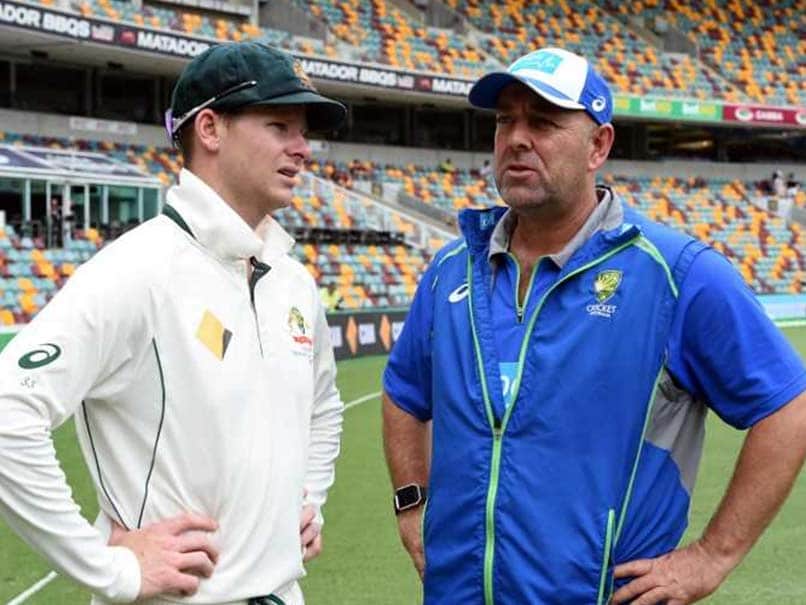 Steve Smith's problems are far from over and if reports in the English media are to be believed the 28-year-old could be stripped of the Australian captaincy permanently. Also in the dock is Smith's deputy David Warner. Reports suggest that both Smith and Warner are facing one-year bans with coach Darren Lehmann set to resign with immediate effect as cricket chiefs hold crisis talks in South Africa to deal with an escalating cheating scandal. Smith has already been suspended for one Test and docked his entire match fee by the International Cricket Council (ICC) for his role in a plot that saw teammate Cameron Bancroft tamper with the ball during the third Test against South Africa in Newlands, Cape Town on Saturday.

According to the Guardian, Lehmann, who was said by Smith to have no knowledge of the plan, will resign on Tuesday.

Cricket Australia (CA) boss James Sutherland, under mounting pressure to come down hard on what Australian media has dubbed a "rotten" team culture, was due in Johannesburg Tuesday where he will meet up with CA's head of integrity, Iain Roy.

They are expected to update a shocked Australian public on Wednesday morning, with reports saying they could throw the book at Smith and Warner by banning both for 12 months and sending them home in disgrace.

Lehmann took over the coaching reins in 2013 when predecessor Mickey Arthur was sacked, with Justin Langer considered a front-runner as his replacement although Ricky Ponting will also be in the mix.

"We are aiming to be in a position to fully update the Australian public on the investigation and outcomes on Wednesday morning," Sutherland said in an email to cricket fans.

"We understand the strong interest everyone has in this situation and we are following due process to properly address all of the relevant issues involved."

Meanwhile, Smith stepped down as captain of the Rajasthan Royals with India batsman Ajinkya Rahane taking over.

Zubin Bharucha, a Rajasthan official said, "The incident in Cape Town has certainly disturbed the cricketing world. We have been in constant touch with the BCCI and taken their counsel. Furthermore, we have been in regular contact with Steve."

"It's in the best interest of the Rajasthan Royals that he steps down as Captain so the team can get ready for the start of the IPL without the ongoing distractions.

The Australian skipper had led the Rising Pune Supergiant to the final of the IPL in 2017, where they lost to eventual champions Mumbai Indians.

Comments
Topics mentioned in this article
Australia Cricket Team South Africa Cricket Team Steven Smith David Warner Darren Lehmann Cricket
Get the latest updates on India vs South Africa and check out  Schedule, Results and Live Score. Like us on Facebook or follow us on Twitter for more sports updates. You can also download the NDTV Cricket app for Android or iOS.