Cricket is considered the national sport in Australia and the stunning developments have not gone down well. 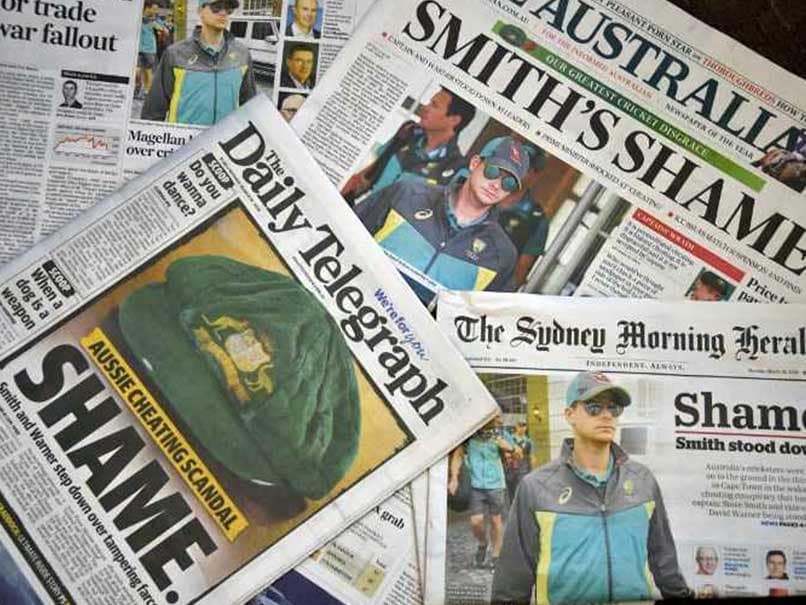 Australia captain Steve Smith was taken to task by the country's media on Monday.© AFP

Australian media on Monday came out all guns blazing against the their cricketers and slammed them from bringing disgrace and humiliation to the country. The Australian press criticised the team culture under the current leadership, terming it "rotten". Steve Smith found himself in the middle of a massive controversy after confessing to hatching a plot alter the condition of the ball to gain an unfair advantage during the third Test against South Africa in Newlands, Cape Town. Australian cricket's day of shame ended in a humiliating 322-run defeat by South Africa.

Cricket is considered the national sport in Australia and the stunning developments have not gone down well.

"Smith's Shame," screamed The Australian broadsheet on its front page, in remarks echoed by other media.

"The cheating has hurt Australian cricket from helmet to boot," it said in a commentary calling for Cricket Australia chief James Sutherland to stand down.

"In charge of the game for nearly two decades, Sutherland has done little to change the rotten culture of the sport at its most senior level."

It added that the scandal had dumped "disgrace and humiliation" on the nation.

In the same theme, the newspaper's cricket writer Peter Lalor asked: "Where were the adults in the room?

"The answer to the question is, sadly, that these are the adults. Or the nearest thing to them that the game can summon."

Television footage showed Smith's teammate Cameron Bancroft taking a yellow object out of his pocket while fielding in the post-lunch session on Saturday and appearing to rub it on the ball.

He was punished by the ICC with three demerit points and fined 75 percent of his match fee, while Smith was fined all his match fee and banned for a match.

Cricket Australia is conducting its own investigation into what happened, as calls mount for heads to roll.

"It was the culmination of a grubby win-at-all-costs culture finally crossing from self-righteous rule-bending into a world of shameless, bald-faced cheating," he wrote.

"Steve Smith's reputation -- and that of his team -- will never recover from this episode."

The Sydney Morning Herald was equally scathing, saying Australia's cricket leadership had "lost the plot" and there will be a heavy price to pay.

"As this disreputable tour descended from the gutter into the sewer, the mythical line the Australians use as the yardstick for their behaviour has not only become blurred but disappeared altogether," it said.

"This has been a truly awful few weeks for Australian cricket whose reputation has hit a new low. Rehabilitation will be long and slow."

Comments
Topics mentioned in this article
Australia Cricket Team South Africa Cricket Team Steven Smith David Warner Cricket
Get the latest updates on ICC T20 Worldcup 2022, check out the Schedule and Live Score. Like us on Facebook or follow us on Twitter for more sports updates. You can also download the NDTV Cricket app for Android or iOS.