Pakistan's legendary off-spinner Saqlain Mushtaq feels that Babar Azam has one quality that gives him edge over Virat Kohli. 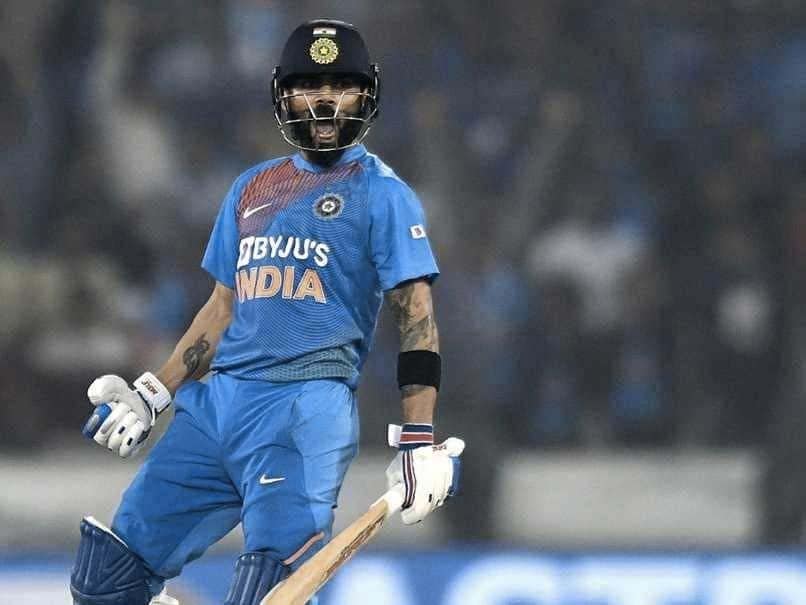 Virat Kohli has a total of 70 international centuries to his name -- 43 in ODIs and 27 in Tests.© AFP

Virat Kohli and Babar Azam are the mainstays of their teams' batting line-ups. While the Indian skipper is regarded as one of the best batsmen of the modern generation, his Pakistani counterpart, who leads the side in white-ball cricket, has also made a sharp rise in the list. Given the rivalry between India and Pakistan, fans and pundits are always asked of their opinions about both of them. Pakistan's legendary off-spinner Saqlain Mushtaq feels that Babar Azam has one quality that gives him edge over Virat Kohli.

Comparing both the players, Saqlain, who invented the 'Doosra' in off-spin, highlighted the common things which make both these players so special. Heaping praise on both of them, Mushtaq said both Kohliand Azam have great batting technique and they match each other's hunger and passion for the game.

"Both are great players, with a great technique, and are mentally very strong. They have the hunger and passion to score lots of runs," Saqlain told Cricket Pakistanin an exclusive interview.

While hunger to score runs is same in both of them, the off-spinner says his fellow countrymen Babar Azam's "calmness" gives him edge over Kohli who is comparatively "more aggressive". To validate his argument, Mushtaq said his reasoning is based on what "sport science teaches us".

"Kohli is more aggressive while Babar is humble. Babar's calmness gives him edge over Virat Kohli if we look at what sports science teaches us," said Mushtaq, who was appointed as Pakistan's Head of International Player Development in May this year.

While in terms of records there is no doubt that Kohli's achievements completely outweigh what 25-year-old Azam has been able to achieve so far in his career.

Mushtaq also said that comparing the two players who have a considerable age difference is not fair. Mushtaq believes while Kohli has been playing for so many years on the international circuit, Azam still has a long journey ahead of himself.

"But comparing Babar with Kohli is unfair because the latter has been performing for a very long time, all over the world," he added.

Even Babar Azam acknowledged this fact and, during one of his interviews, said that he is still way behind Virat Kohli and needs to achieve a lotin the international circuit to be in the same class as the India captain.

The fans from either side will continue to pit their favourite stars against each other and it will be interesting to see how Babar Azam performs as his career progresses to warrant a place in the same league as the Indian skipper.

Babar Azam Saqlain Mushtaq Cricket
Get the latest updates on IPL Auction 2023 and check out  IPL 2023 and Live Cricket Score. Like us on Facebook or follow us on Twitter for more sports updates. You can also download the NDTV Cricket app for Android or iOS.