Fan Asks Steve Smith To Say "One Word About Virat Kohli". He Came Up With This

Steve Smith did a Q&A session with fans on Instagram and inevitably, Virat Kohli was one of the topics. 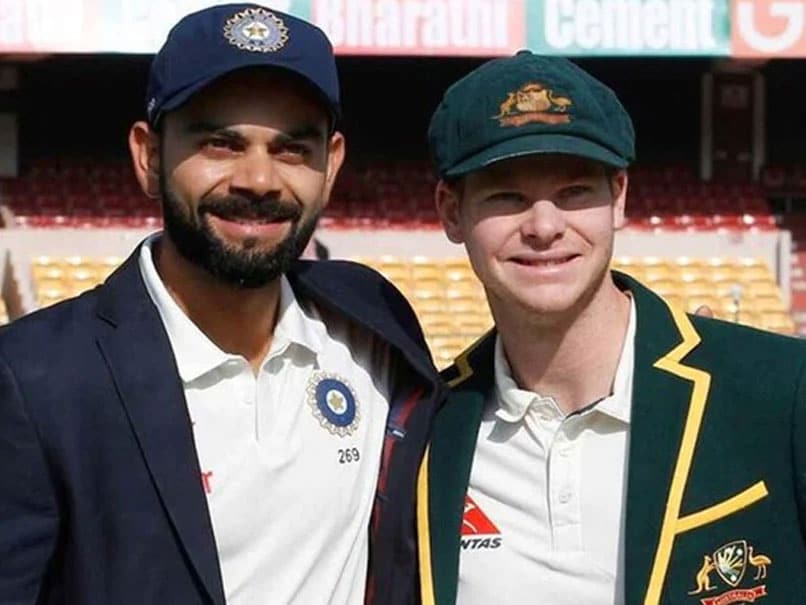 Virat Kohli and Steve Smith are to cricket what Lionel Messi and Cristiano Ronaldo are to football -- head and shoulders above the rest, and fierce on-field rivals. Just like the Messi vs Ronaldo debate is a never-ending one, the Kohli vs Smith comparisons are ceaseless as well. Despite the world pitting them against each other, the two superstars of cricket seem to have immense respect for each other. Virat Kohli has spoken about his admiration for Steve Smith, even gesturing to fans during a match not to boo Smith after the Australian had returned from his ban, while Smith too has spoken highly of Kohli on numerous occasions.

On Sunday, the Australian star was asked by a fan say one word about Kohli, and Smith's choice of word was -- "Freak!" 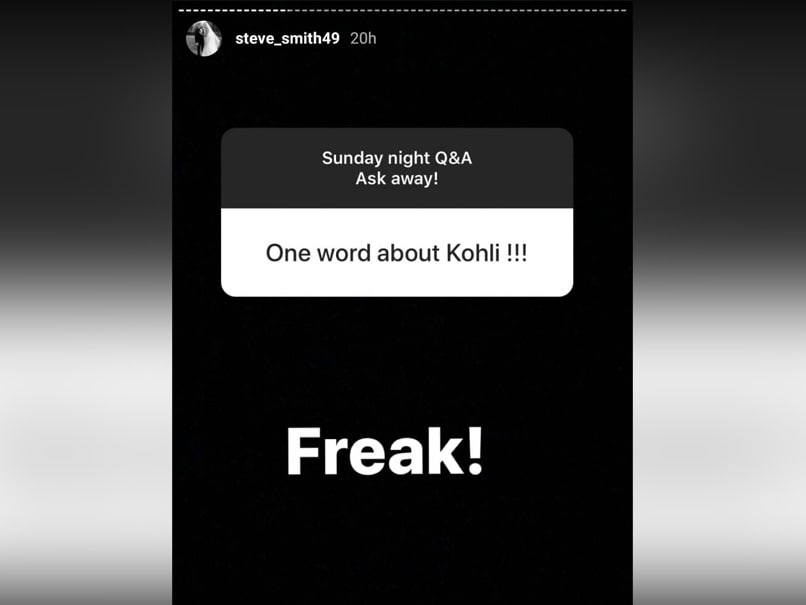 Steve Smith had a Q&A session with fans on Instagram, and answered about various topics. Not surprisingly many fans asked questions pertaining to Indian stars.

Among the many questions that Smith chose to answer, one was on former India skipper MS Dhoni. A fan asked Smith to give his opinion on Dhoni and the Australian replied: "Legend! Mr Cool".

Australia's star batsman was also asked to name an Indian cricketer that had impressed him the most, Smith wrote: "KL Rahul. Very good player!"

On a lighter note, Marnus Labuschagne too had a question for Smith and the reply was a straight hit, out of the ground.

To the question "Who is your favourite player to bat with?", Smith replied: "Not you. You talk too much @maruns3!!"

KL Rahul Marnus Labuschagne Cricket
Get the latest updates on SA vs IND 2021-22, check out the Schedule and Live Score . Like us on Facebook or follow us on Twitter for more sports updates. You can also download the NDTV Cricket app for Android or iOS.