Ever Seen Lionel Messi And Cristiano Ronaldo Team Up? This Fan Just Made It Happen. Watch

A fan had a stroke of genius as he conjured up a video of Lionel Messi and Cristiano Ronaldo playing in the same team. 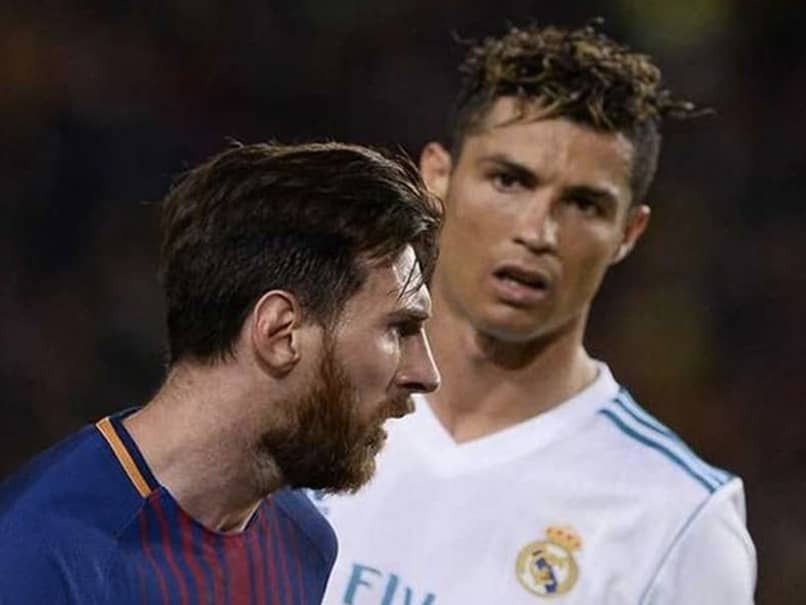 Video of Cristiano Ronaldo and Lionel Messi playing together has gone viral on Twitter.© AFP

Lionel Messi and Cristiano Ronaldo are undoubtedly two of the greatest players of their generation and among the very best in the all-time list. The debate about who is better out of the two is one that may never be settled. Messi and Ronaldo's on-field rivalry is stuff of legends, having represented bitter rivals Barcelona and Real Madrid, respectively but that rivalry seems to have diminished ever since the Portuguese star left La Liga and joined Juventus in Italy. Many have wondered if there could ever be a possibility of these two greats playing together in one team.

Surely, it would be one of greatest sights in football if Messi and Ronaldo joined forces even if it happened in the twilight of their careers.

But one fan didn't wait to see if that dream would come true. He took matters into his own hands and came up with a brilliant video, showing Ronaldo and Messi playing together.

Watch and enjoy, because this probably will never happen in real life.

Lionel Messi and Cristiano Ronaldo are undoubtedly the greatest players of our generation.

But what could it have looked like if they played together...?

Messi continues to be the benchmark in Spain with Barcelona, but Ronaldo's departure has left a massive hole in Real Madrid.

The star duo has been pitted against each other time and again during various award shows but one of the most iconic off-field moments between the two took place last year during the Champions League draw in Monaco.

In a candid interview, Ronaldo spoke about his rivalry with Messi and talked about how the two pushed each other to improve. But the highlight of the interview was when the Juventus forward revealed that the two had never had "dinner together yet" but hoped they would in the future.

"It's not easy but of course we have a good relationship," said Ronaldo of Messi.

"We have not had dinner together yet, but I hope so in the future," said the Portuguese star.

"It's great to be a part of the history of football. I am there, and of course, he is as well."