Fawad Ahmed realised his error midway through his walk to the crease, after receiving a shout from one of his teammates 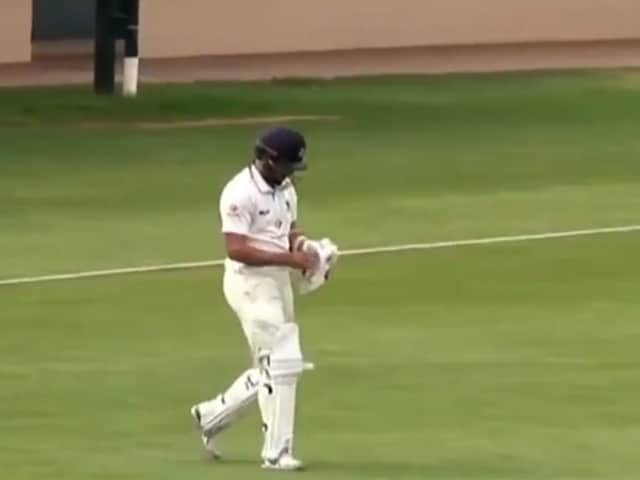 Fawad Ahmed later saw the funny side of the incident. (Photo: Twitter/CricketAus)© Twitter

Pakistan-born Australian cricketer Fawad Ahmed usually bats at no. 11 for his domestic team Victoria. Safe to say, the right-arm leg spinner is not much of a batsman. On Thursday, playing against Western Australia in a Sheffield Shield match, Fawad inadvertently illustrated the same when he made a hilarious gaffe on his way to the crease. The 35-year-old player was fully padded up, and was putting his gloves on his hands, seemingly ready to perform his batting duties. Except, this time, he forgot to bring a vital equipment to the pitch: his bat!

Fawad realised his error midway through his walk to the crease after receiving a shout from one of his teammates, and promptly walked back to get his bat.

The incident was captured by camera, and has gone viral on social media after Cricket Australia posted a video of it on their Twitter account.

The former Australia international saw the funny side of the incident, and later shared a laugh with the other players on the pitch.

As it turned out, Fawad didn't really need much help from his bat, as he remained unbeaten on zero after facing seven balls, with Victoria being bowled out for 322 in response to Western Australia's first innings total of 146.

The veteran spinner last played an international game for Australia in 2013. He has three ODI caps and two T20I caps to his name.

Comments
Topics mentioned in this article
Cricket Fawad Ahmed Australia Cricket Team
Get the latest Cricket news, check out the India cricket schedule, Cricket live score . Like us on Facebook or follow us on Twitter for more sports updates. You can also download the NDTV Cricket app for Android or iOS.