Australia vs Pakistan: Steven Smith Proves His Worth Again

Steven Smith notched his 17th century, which was instrumental in Australia surpassing Pakistan's first innings score of 443/9 on day four of the second Test in Melbourne 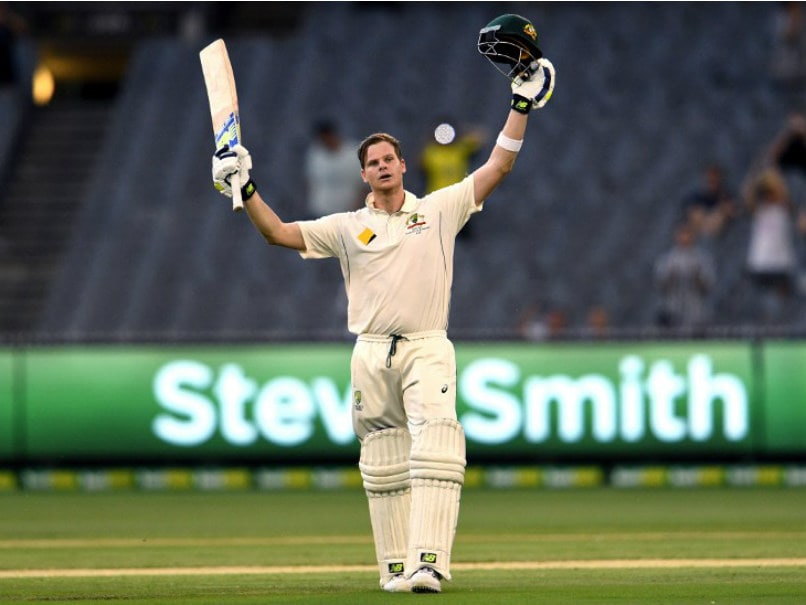 There is a reason why Steven Smith sits atop the ICC Player Rankings for Test Batsmen and the Australian captain once again proved his worth with a flawless century against Pakistan on day four of the second Test in Melbourne on Thursday.

Smith notched his 17th century, which was instrumental in Australia surpassing Pakistan's first innings score of 443/9 and taking a 22-run lead at stumps on day four.

The Australian captain was hardly troubled and reached the three-figure-mark with a triple at deep point on the penultimate ball before tea.

Australia looked set to increase their lead after tea, however, heavy downpour again played spoilsport in the Test. With the rain refusing to relent, stumps was called without a single ball being bowled in the final session of the day.

Smith's sterling innings included nine fours and helped the hosts take a first innings lead. An early tea was called soon after Smith's hundred. Australia were 465 for six and led Pakistan by 22 runs.

Earlier, Smith's overnight partner Usman Khawaja fell three runs short of a century. He faced 12 balls for two runs Thursday before he was out in the day's fifth over and left the ground with his head bowed.

Khawaja also missed out on a century against South Africa in the second innings of last month's first Test in Perth.

However, any threat of an Australian collapse was quickly swatted away by Peter Handscomb and Smith as the duo combined to add 92 runs for the fourth wicket.

Handscomb claimed his third half-century in his three Tests to push along the Australia scoring.

He was dropped off a sharp caught-and-bowled chance by Mohammad Amir on 51, but three runs later he found Sami Aslam at point off Sohail Khan.

Smith and Nic Maddinson (22) added another 52 runs for the fifth wicket before the left-hander was castled by leg-spinner Yasir Shah.

Smith continued to hold fort at one end but Australia lost the wicket of wicketkeeper Matthew Wade before the captain reached his ton.

Comments
Topics mentioned in this article
Australia Cricket Team Pakistan Cricket Team Steven Smith Usman Khawaja Nic Maddinson Yasir Shah Matthew Wade Peter Stephen Patrick Handscomb Cricket
Get the latest updates on IND vs NZ 2021, check out the Schedule and Live Score . Like us on Facebook or follow us on Twitter for more sports updates. You can also download the NDTV Cricket app for Android or iOS.