Shane Warne has some legendary deliveries and among them was this, the one he bowled to Pakistan's Saeed Anwar almost 20 years ago to the day. 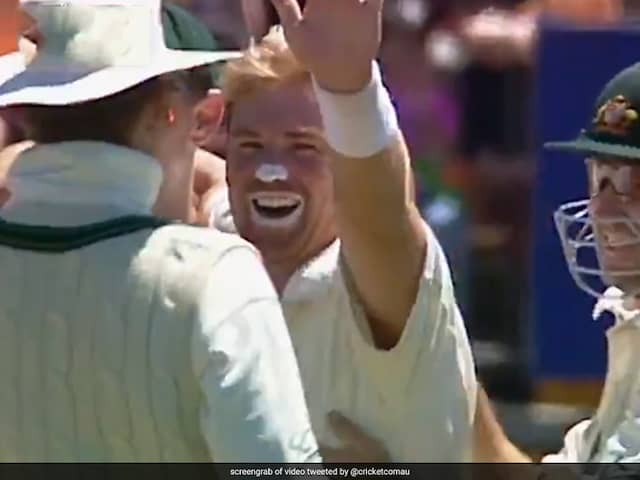 Twenty years ago, when Australia took on Pakistan in Hobart, what unfolded was a classic. The match is remembered mostly for the resilient partnership between Justin Langer and Adam Gilchrist, who scored fourth innings tons to help Australia famously chase down 369. But the match produced a moment of magic from Shane Warne, who deceived Pakistan opener Saeed Anwar with a wicked leg-break to dismiss him in Pakistan's second innings. Shane Warne went on to take a 5-wicket haul in the inning.

It's hard to forget this magnificent leg-break Shane Warne sent down to Saeed Anwar 20 years ago... #AUSvPAK pic.twitter.com/ej0EXYQb4X

Pakistan folded for 222 in the first innings, and a 97 from Michael Slater and a half-century from Justin Langer put Australia in a strong position, but Saqlain Mushtaq had other plans. Not only did he remove Slater and Langer, he went on to take six wickets in the innings as he ran through the Australian tail. Australia finished their first innings with a slender 24-run advantage.

At 122-2, Pakistan were looking dangerous, with Saeed Anwar, who was out for a duck in the first innings, going strong at 78. Cue, Shane Warne.

Bowling around the wicket to the left-hander, Warne floated it at a good length, well wide of off stump. Anwar, who had seen the width, was looking to drive, taking a step forward. But the ball spun in wildly, leaving Anwar scrambling and the stump flying.