Anil Kumble reiterated that allowing the use of artificial substances instead of saliva to shine the ball would have taken the creativity out of the game. 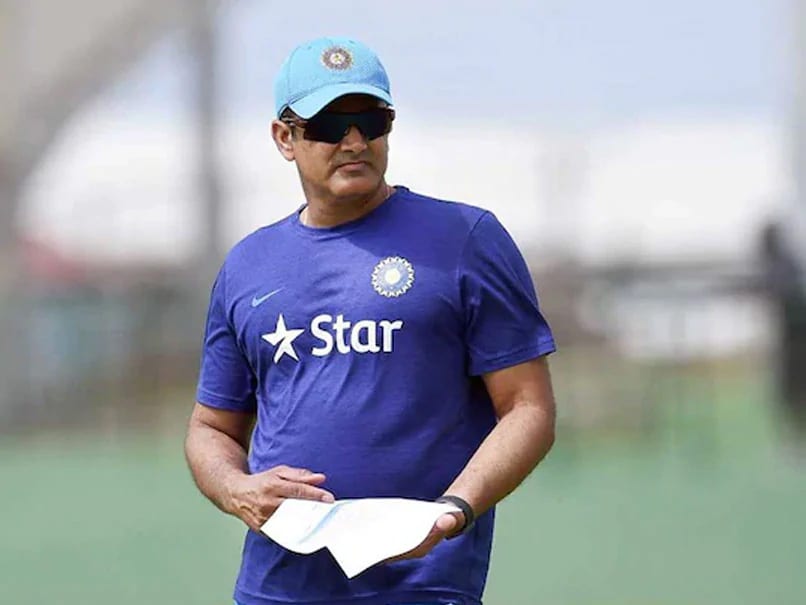 Anil Kumble admitted that it would be hard for players to adjust to not using saliva.© AFP

Spin great and ICC Cricket Committee chairman Anil Kumble on Wednesday reiterated the panel's reluctance to allow the use of artificial substances on the ball despite the saliva ban, saying the balance between bat and ball can be maintained by "playing around" with the pitches. The Committee had recommended a ban on the use of saliva on the ball last month to deal with the rising threat of coronavirus but did not allow the use of artificial substances despite a discussion over it.

The move led to calls of an alternative to saliva from current and former players including India premier pacer Jasprit Bumrah. "So in cricket, you have the surface that you can play around with and bring about a balance between the bat and ball," said Kumble at a FICCI webinar.

The bowlers will miss using saliva the most in Test cricket as it aids them in generating both conventional and reverse swing.

"...you can still probably leave grass on the surface or even have two spinners, let's get spinners back in the game in a Test because one day game or a T20 you are not really worried about shining the ball. It's Test match that we are talking about," said the former India captain.

"And in a Test match why not get two spinners to play in Australia, two in England, which doesn't happen often."

Like he had said right after recommending the saliva ban as an interim measure, Kumble reiterated that allowing the use of artificial substances would have taken the creativity out of the game.

"We can probably use some other substance on the ball. All these years we have been very, very stringent on what to use on or what not to use on the ball," he said.

Kumble, however, admitted that it would be hard for players to adjust to not using saliva.

"Although it is second nature in cricket, and that's something that players will find it hard to manage. And that''s why I believe that at training, they'd like to start slowly because it's not just about coming back and playing cricket in a match," he said.

"It's also about coming back from two and a half months of being locked up... And especially if you're a bowler, you need to have those bowling overs under your belt before you start competing.

"So, it's important that you slowly and gradually come back into sort of normalcy that you can and the advantage that cricket has over other sports is that there''s an element of adjustable variance in the pitch, which not many sport have," he added.

Kumble said the committee's recommendations focused on resumption of cricket at the earliest.

"... I know there's been a lot of debate about shining the ball but the idea was to kickstart cricket, play the sport, and then I'm sure things will fall in place. Yes, there will be some challenges. You have to go one game at a time.

Talking about the proposed Test series between England and West Indies next month, Kumble said gaining match fitness won't be easy for the players who have been out of action for more than two months.

"The players will have to have some sort of a cushion, some sort of a backup in terms of loading up the body to be able to sustain Test match because bowling 30 overs for a bowler is not going to be easy and even for a batsman, you know, the muscles that you use when you're batting is totally different.

"...in a match situation, you know, you're doing everything at the split of a second and then you're not training for those, especially in a home condition.

"So, you need to fill it up and probably have a few friendly games before you get into an important Test match."

Kumble said one way of managing players' workload in the current situation is treating them as a group which is making a comeback from injury.

"That's all you need to look at the entire squad now saying okay, they've all been injured for the last three months, they are now coming back into training," he said.

"So, you need to slowly load them up and then start building their skill levels ...I think it's mostly confidence. Once the players are out and training, it comes back very quickly," he added.