Anil Kumble "Rose Above And Beyond Call Of Duty", Says VVS Laxman As He Recalls Antigua Test

Anil Kumble bowled with a heavily strapped broken jaw during the Antigua Test in 2002 and claimed the wicket of Brian Lara. 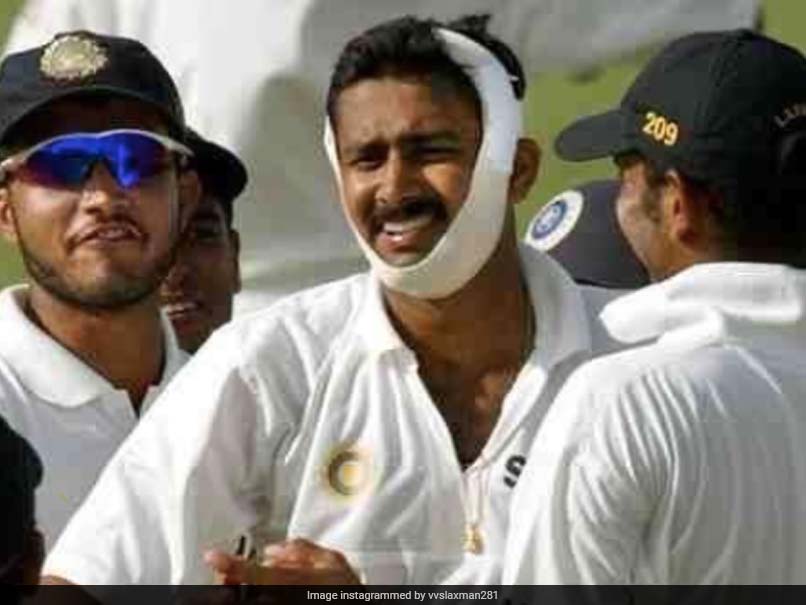 Anil Kumble is currently acting as the chairman of the ICC Cricket Committee.© Instgram

Anil Kumble, highest wicket-taking Indian bowler in both Tests and One-day Internationals and former head coach, received a word of praise from his former India teammate VVS Laxman on Monday. Former India Test specialist batsman VVS Laxman recollected the memories of a 2002 Test match between India and the West Indies in Antigua, during which Anil Kumble bowled and impressed many despite a broken jaw. Sharing Anil Kumble's picture from the match, Laxman wrote on Instagram: "A giant in every sense, he rose above and beyond the call of duty. The grit, drive and bravery displayed through this picture is quintessential Anil Kumble. Never giving up, no matter what, was a trait which made Anil the cricketer he became."

A giant in every sense, he rose above and beyond the call of duty. The grit, drive and bravery displayed through this picture is quintessential @anil.kumble Never giving up, no matter what, was a trait which made Anil the cricketer he became.

Kumble thanked Laxman for all the praise, adding that Laxman is "no less" than a giant himself and he always brought "positivity in the team" with calmness.

"Thanks Lax. You are no less. Enjoyed every bit of our partnership in the middle and your calm influence and positivity in the team. Was fortunate to have played in an era with you and other great teammates. Stay safe!" Kumble replied. 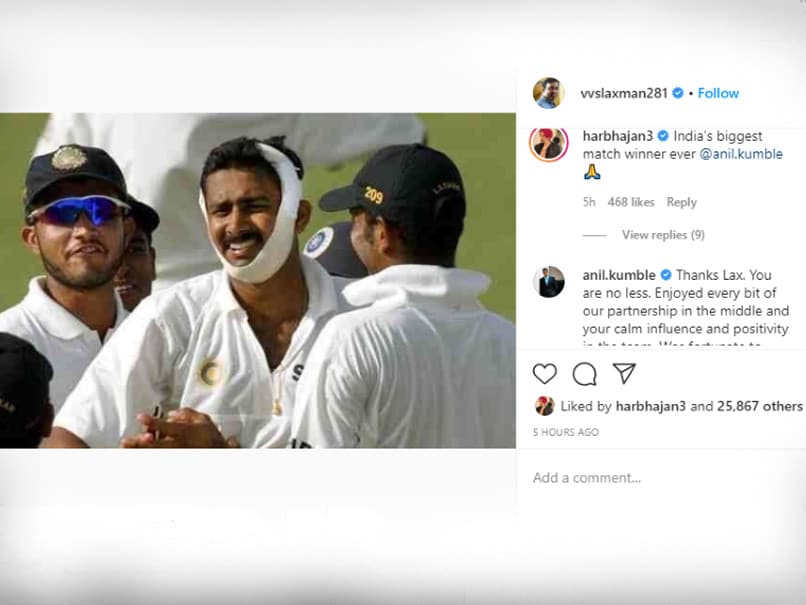 Kumble is currently acting as the chairman of the International Cricket Council (ICC) Cricket Committee that recommended a ban on the use of saliva to shine the ball amid coronavirus scare.

Kumble called the saliva ban an "interim measure" and hoped that the "things will go back to normal" once the COVID-19 pandemic is brought under control.

"...this is only an interim measure and as long as we have hopefully control over COVID in a few months or a year's time then I think things will go back to as normal as it can be," Kumble said on Star Sports show 'Cricket Connected'.

Comments
Topics mentioned in this article
Anil Kumble VVS Laxman Cricket
Get the latest updates on ICC Women's Cricket World Cup 2022 and IPL 2022, check out the Schedule , Live Score and IPL Points Table. Like us on Facebook or follow us on Twitter for more sports updates. You can also download the NDTV Cricket app for Android or iOS.