Anand Mahindra thanked Shardul Thakur for making the nation proud after gifting him an SUV for his heroics in Australia Test series. 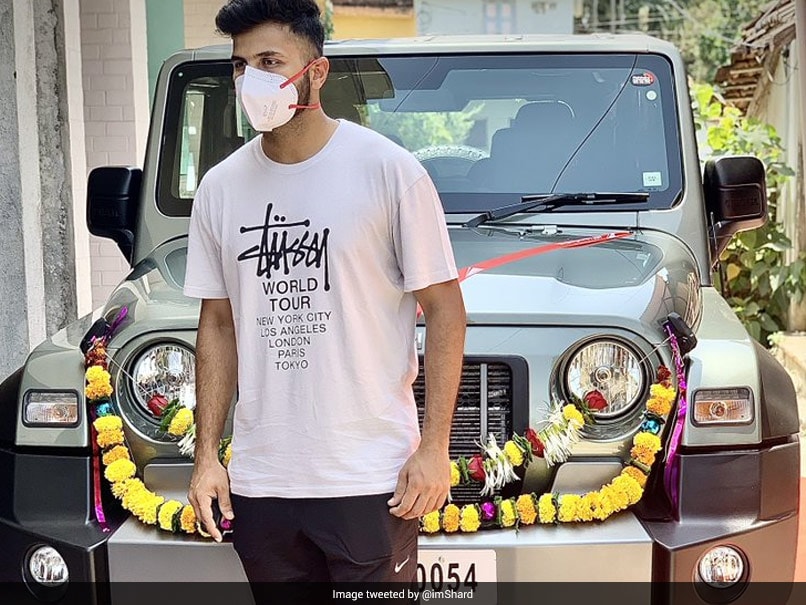 India's famous Test series in Australia earlier this year saw many youngsters stepping up to the big stage and performing. Six such young players who played a key role throughout the four-match Test series Down Under were promised SUVs. T Natarajan and Shardul Thakur received their cars recently and thanked Anand Mahindra for recognising their contribution during the tour of Australia. In reply, Anand Mahindra said the pacer earned the gift and thanked him for "making the nation proud."

You earned it @imShard Thank you once again for making the nation proud.

"You earned it @imShard Thank you once again for making the nation proud," Anand Mahindra tweeted.

India battled their way through injuries and despite being forced to hand debuts to five players in the Tests against Australia, the visitors came out on top.

Recently, after receiving his SUV, T Natarajan sent a return gift to Anand Mahindra -- his jersey from his debut Test.

On the tour, India lost the first Test after a dramatic batting collapse in Adelaide.

The visitors then came roaring back to win the next Test in Melbourne by eight wickets.

India then drew the third Test in a thrilling contest at the Sydney Cricket Ground and then breached the Gabba fortress to take home the four-match series 2-1.

India Cricket Team Shardul Thakur Cricket
Get the latest updates on India vs Australia and check out  Schedule, Results and Live Score. Like us on Facebook or follow us on Twitter for more sports updates. You can also download the NDTV Cricket app for Android or iOS.