Last time the Australian cricketer forgot his bat. This time his gloves were missing. 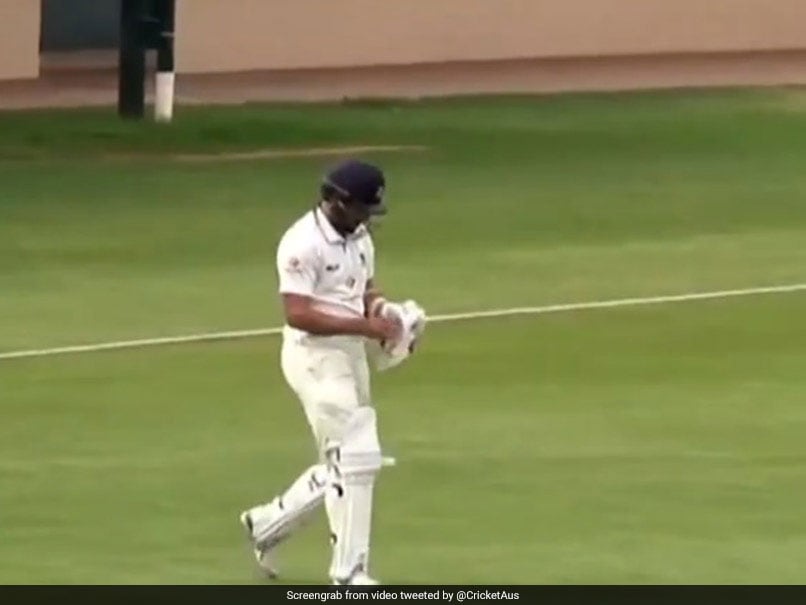 Fawad was seen hitting his helmet with the bat for being so silly this time.© (Photo: Twitter/CricketAus)

Australia cricketer Fawad Ahmed has been making the news off late for reasons which just about can be related to cricket. He made the headlines in March, when he forgot to get his bat while walking out to bat in a Sheffield Shield match between Victoria and Western Australian. While he seems to have learned from that mistake, he has conjured up new ones instead. This time Fawad did bring his bat, only to figure out mid-way that he was carrying the wrong set of gloves. Maybe he just doesn't want to bat.

In a video posted by cricket.com.au on Twitter, Fawad is seen walking out to bat in a match between Victoria and Queensland and then all of sudden turns back only to signal to his teammates that he has got the wrong set of gloves.

The video has been doing the rounds in social media as cricket.com.au captioned it, "Well, at least Fawad Ahmed is improving! ?? Another classic reaction...#SheffieldShield #QLDvVIC."

The last time it happened, Fawad shared a laugh with the Western Australia players, having seen the funny side of it but this time, he was seen hitting his helmet with the bat for being so silly and it is only a matter of time before the 35-year-old becomes an internet meme for his forgetfulness.

After all this, Fawad could make little impact with the bat as he was dismissed for 1 run from 4 balls to Mitchell Swepson.

His batting might not be one of the talking points but he made up with the ball in hand by picking up a couple of wickets and dismissing Usman Khawaja in the first innings of the match.

Sponsored by Vuukle
Comments
Topics mentioned in this article
Australia Cricket Team Fawad Ahmed Cricket
Get the latest updates on Fifa Worldcup 2022 and check out  Fifa World Cup Schedule, Stats and Live Cricket Score. Like us on Facebook or follow us on Twitter for more sports updates. You can also download the NDTV Cricket app for Android or iOS.