Mustafizur Rahman Ruled Out Of Bangladesh vs Afghanistan T20I Series

Mustafizur Rahman was a part of the Mumbai Indians squad in IPL 2018. 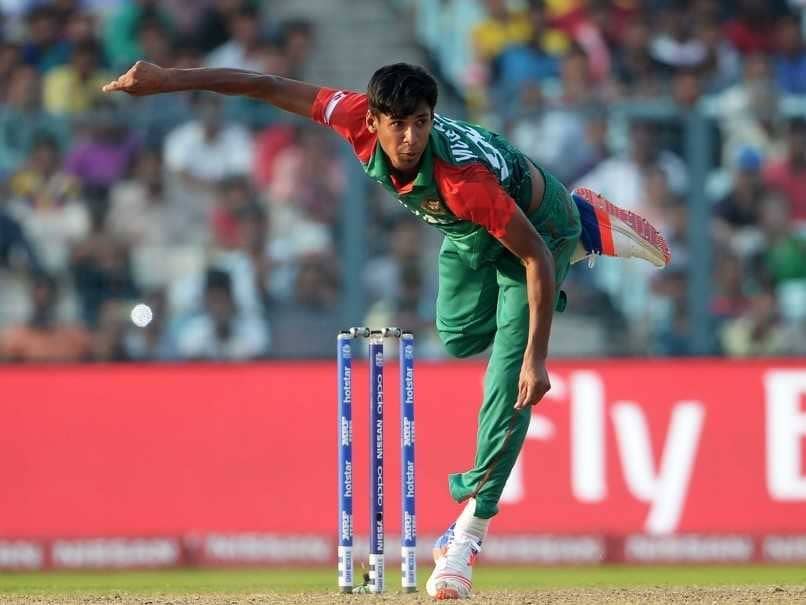 Mustafizur Rahman has been ruled out of Afghanistan vs Bangladesh T20I series.© AFP

Bangladesh have suffered a massive setback ahead of next month's Twenty20 series against Afghanistan to be held in India with premier fast bowler Mustafizur Rahman ruled out due to a foot injury. Mustafizur, who took part in IPL 2018, playing for the Rohit Sharma-led Mumbai Indians, complained of pain after joining the national camp last week. The Bangladesh Cricket Board (BCB), in a media statement, revealed that the left-arm fast bowler had a crack on his left big toe that will sideline him for a few weeks.

"Subsequent tests have revealed a crack on his left big toe which will sideline him for a few weeks," said a Bangladesh Cricket Board (BCB) statement.

"It takes around three to four weeks to recover from such injuries and therefore he can't play against Afghanistan," BCB senior physician Debashis Chowdhury said in the statement.

Mustafizur is expected to start rehabilitation in two weeks, the doctor added.

Afghanistan will host Bangladesh for a three-match T20I series, the first between the two countries, at the Rajiv Gandhi International Cricket Stadium in Dehradun from June 3 to 7.

Afghanistan will be preparing for their first-ever Test, against India in Bangalore from June 14.

Afghanistan are ranked eighth in Twenty20 internationals, two places ahead of Bangladesh who left for India on Tuesday.

Comments
Topics mentioned in this article
Mustafizur Rahman Bangladesh Cricket Team Afghanistan Cricket
Get the latest updates on IPL 2020, check out the IPL Schedule for 2020 and Indian Premier League (IPL) Cricket live score . Like us on Facebook or follow us on Twitter for more sports updates. You can also download the NDTV Cricket app for Android or iOS.