Seven more Pakistan cricketers, including Mohammad Hafeez and Wahab Riaz, selected for the tour of England have tested positive for COVID-19, taking the total to 10. 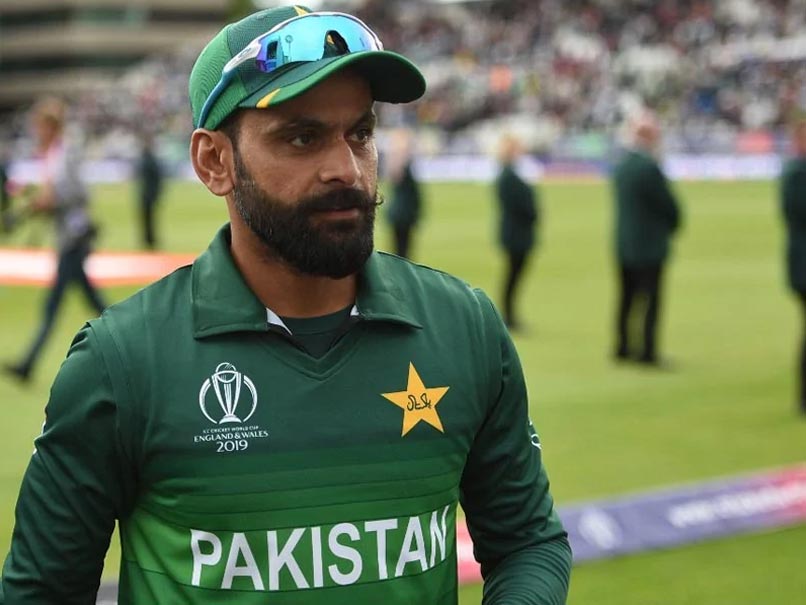 Mohammad Hafeez is among 7 Pakistan players who tested positive for COVID-19 on Tuesday.© AFP

Pakistan are due to leave for England tour on June 28 to play three Tests and as many T20Is and the PCB CEO said the tour is "very much on track" despite several of its players testing positive for the virus.

"It is not a great situation to be in and what it shows is these are 10 fit and young athletes...if it can happen to players it can happen to anyone," PCB CEO, Wasim Khantold a media conference.

"It is a matter of concern but we shouldn't panic at this time as we have time on our hands," he added.

"The tour to England is very much on track and the side will depart as per schedule on 28 June," said the PCB CEO.

"As mentioned in on Monday, senior cricketer Shoiab Malik, bowling coach Waqar Younis and physiotherapist Cliffe Deacon are yet to be tested."

The PCB also confirmed that none of the players who have tested positive showed any symptoms prior to their COVID-19 testing.

"Like Haider, Haris and Shadab none of the seven players and masseur had reported any prior symptoms of COVID-19 until they underwent first round of testing on Monday ahead of the side's departure for Manchester," stated the read press release.

All those who have tested positive have been asked to remain in quarantine at their homes, while the remaining players and support staff members will undergo a second round of testing in Lahore on June 25.

"The players and player support personnel, who have tested negative, will assemble in a bio-secure environment in Lahore on 24 June and will undergo second round of testing on 25 June," it said.

It said the players and support staff who will clear the second round of testing "will depart for Manchester on a chartered flight" where they will once again be tested by the ECB medical panel.

"The players and player support personnel, who will test negative on 25 June, will depart for Manchester on a chartered flight. Within 24 after hours after arriving in the UK, they will be tested by the ECB medical panel," said the PCB.

Fakhar Zaman Cricket Pakistan Cricket Board Cricket
Get the latest updates on IPL Auction 2023 and check out  IPL 2023 and Live Cricket Score. Like us on Facebook or follow us on Twitter for more sports updates. You can also download the NDTV Cricket app for Android or iOS.