Ravi Shastri is all swag in the latest Cred ad. 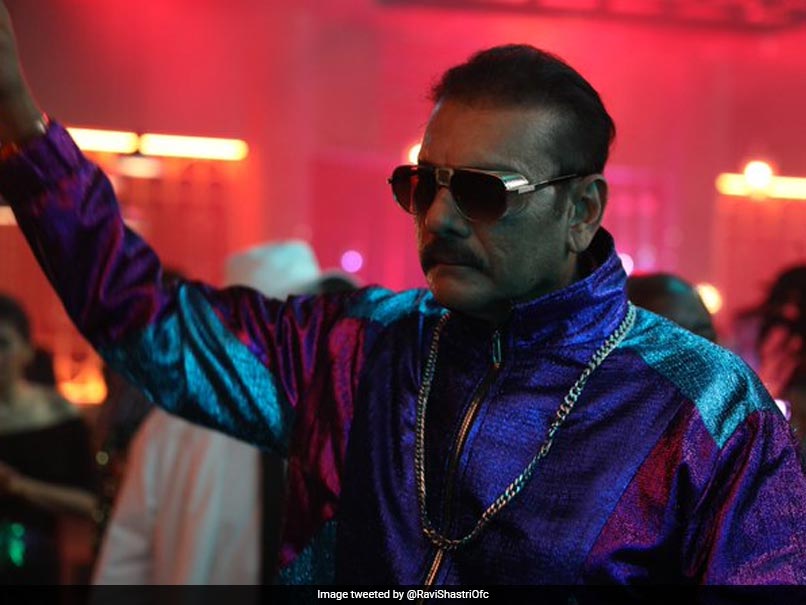 Ravi Shastri killed it in his new avatar.© Twitter

After they turned Rahul Dravid into "Indiranagar ka gunda" and then showed us glimpses of the "Venkaboys", credit card bill payment app Cred's latest ad has showcased Ravi Shastri in brand new avatar - a party animal. The hilarious video starts with the former Team India head coach starting off with Shah Rukh Khan's famous "70 minutes" speech from 'Chak de! India" to a team of players, but with a twist. "70 minutes. You have just 70 minutes and then, Happy Hours are over," he exclaims before giving a war cry of "Let's party!"

"Don't remember any of this," Shastri tweeted along with the video.

Don't remember any of this. pic.twitter.com/xDppHjE0iz

The video goes through some more epic scenes that will leave your stomach hurting with laughter as the former all-rounder was seen trolling journalists and flirting away at a party.

The most epic moment was perhaps when he steps into a pharmacy, flamboyantly dressed, and keeps a glass down before demanding "2 cough syrups, on the rocks."

Shastri sent Twitter into a tizzy on Friday with a series of hilarious posts.

"'Good mornings' are optional if you haven't slept at all," he tweeted with a picture that oozed swag.

"My family lives in Mumbai and I live in the moment," he wrote with another pic.

The best was saved for the last, perhaps, when he shared a picture with a lady and wrote "You're in her DMs. She's on my VIP guestlist."

My family lives in Mumbai and I live in the moment. pic.twitter.com/22BBncYoDL

'Good mornings' are optional if you haven't slept at all. pic.twitter.com/4OhSYEg3Ln

You're in her DMs. She's on my VIP guestlist. pic.twitter.com/eJTzoVKMz3

Shastri was the head coach of the Indian men's cricket team until the T20 World Cup last year and then returned to the commentary box for this year's Indian Premier League.

Comments
Topics mentioned in this article
Ravi Shastri Cricket
Get the latest updates on ICC T20 Worldcup 2022, check out the Schedule and Live Score. Like us on Facebook or follow us on Twitter for more sports updates. You can also download the NDTV Cricket app for Android or iOS.