Legspinner Devendra Bishoo proved Zimbabwe's nemesis once more as he spun the West Indies to a 117-run victory in the first Test at Queens Sports Club on Tuesday. 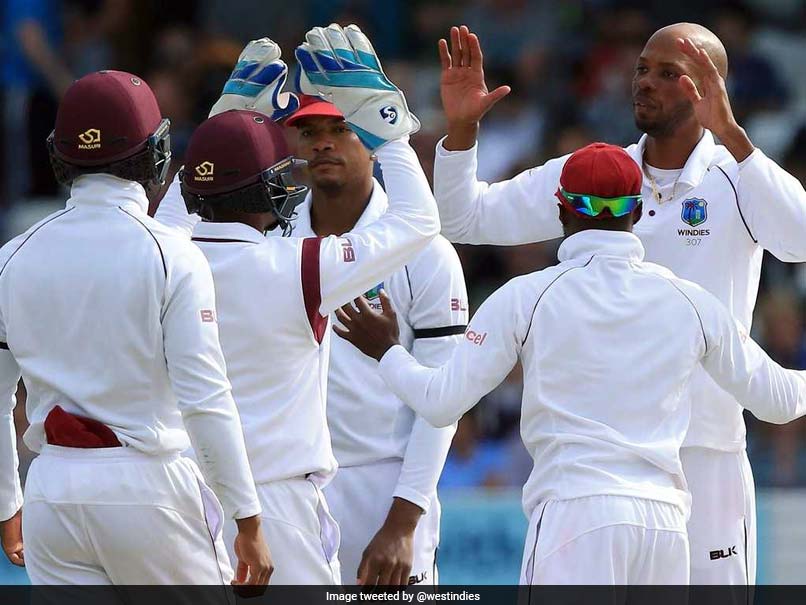 Bishoo followed up his 5 for 79 in the first innings with figures of 4 for 105 in the second.© Twitter

Legspinner Devendra Bishoo proved Zimbabwe's nemesis once more as he spun the West Indies to a 117-run victory in the first Test at Queens Sports Club on Tuesday. Bishoo followed up his 5 for 79 in the first innings with figures of 4 for 105 in the second, as Zimbabwe were bowled out for 316 to lose the match inside four days. While Zimbabwe were once again guilty of some soft dismissals, which included two calamitous run-outs, Bishoo played a key role in slicing through the Zimbabwean middle order. "After seeing how Zimbabwe bowled on the first day, I knew I would have a big role to play in the match," said Bishoo.

"But it was important to be patient on this pitch, and stick to a plan."

After putting up more of a fight with the bat in their second innings, when Brendan Taylor and Hamilton Masakadza scored half-centuries, Zimbabwe were left to rue their performance on the second day when they were bowled out for 159 in reply to West Indies' first innings of 219.

"We had a really good opportunity there to go and put some runs on the board and put them under pressure, but we had too many soft dismissals on day two," said Zimbabwe captain Graeme Cremer, whose legspin claimed eight wickets in the match.

"We couldn't quite work out how to score against their bowlers on this wicket."

Once the West Indies had scored 373 in their second innings, which was wrapped up when Roston Chase fell for 95 on the fourth morning, Zimbabwe's challenge was a world-record chase of 434 to win.

They made a bright start, with Masakadza and Solomon Mire putting on 99 for the first wicket at a brisk rate, before both openers fell in quick succession.

Masakadza was caught at short leg for 57 - his first half-century in almost three years - before Mire (47) was undone by some sharp reverse swing from fast bowler Kemar Roach.

Although Taylor was able to keep out the remainder of Roach's fierce spell, Craig Ervine was trapped lbw by Bishoo, who went on to have Sean Williams stumped by wicketkeeper Shane Dowrich and leave Zimbabwe 155 for four.

A 64-run stand for the fifth wicket between Taylor and Sikandar Raza gave Zimbabwe a glimmer of hope, only for the hosts to be derailed by a series of soft dismissals.

Raza hit a Bishoo long-hop straight to cover, before Malcolm Waller and Taylor were both run out, with Taylor, who made 73, culpable for both dismissals.

There was still time for a bit of fun, as final pair Chris Mpofu and Kyle Jarvis hit eight boundaries in a stand of 55 - a record for the 10th wicket at Queens Sports Club.

But when Mpofu was caught on the boundary off the bowling of Chase for 33, the West Indies took a 1-0 lead in the two-match series.

The second Test gets underway at the same venue on Sunday.

Comments
Topics mentioned in this article
West Indies Cricket Team Zimbabwe Cricket Team Devendra Bishoo Brendan Taylor Hamilton Masakadza Cricket
Get the latest updates on ICC Women's Cricket World Cup 2022 and IPL 2022, check out the Schedule , Live Score and IPL Points Table. Like us on Facebook or follow us on Twitter for more sports updates. You can also download the NDTV Cricket app for Android or iOS.