Sardar Singh was skipper of the Indian team in the recently-concluded Sultan Azlan Shah Trophy. 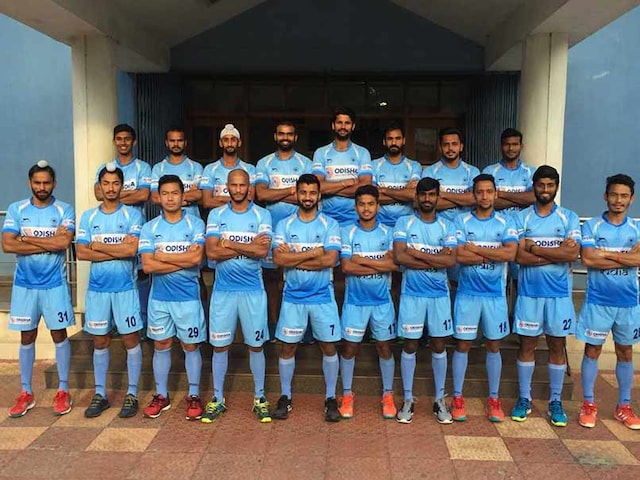 Manpreet Singh will lead the India team and K Chinglensana Singh will be his deputy.© Hockey India

Indian hockey veteran Sardar Singh, who led India to a fifth-place finish in the recently concluded Sultan Azlan Shah Trophy, has been dropped as Hockey India released the 18-member squad for the Gold Coast 2018 XXI Commonwealth Games to be held in Australia. The Games will begin on April 4 and India, who have been placed in Pool B along with Pakistan, Malaysia, Wales and England, will begin their campaign on April 7 against arch-rivals Pakistan.

In the absence of 31-year-old Sardar Singh, midfielder Manpreet Singh will lead the side and K Chinglensana Singh will be his deputy, according to the Hockey India release.

Manpreet led the Indian team to the coveted Asia Cup 2017 title followed by a bronze medal feat at the Odisha Men's Hockey World League Final in Bhubaneswar in 2017.

In the previous two outings at the Commonwealth Games, India has finished second behind Australia.

"This team has been picked keeping in mind the team's performance in the previous tournaments since the Asia Cup 2017. We have tried out different combinations in the past events and we believe this will be the most effective combination for the Gold Coast 2018 XXI Commonwealth Games," asserted Chief Coach Sjoerd Marijne.

"This team has been improving with every match and while we could not produce a podium finish at the 27th Sultan Azlan Shah Cup 2018, it will have no influence on how we are going to play in Australia and we will be going there with a mindset to win," said the 43-year-old Dutch coach.

"Our first aim is to do well in the group stage because we have some strong teams in our Pool. It's extremely crucial to top our table and make the Semis but if we do meet Australia in the knockouts, I believe we will be up for a strong challenge." said the 25-year-old Manpreet Singh.

Comments
Topics mentioned in this article
India Hockey Commonwealth Games 2018
Get the latest Cricket news, check out the India cricket schedule, Cricket live score . Like us on Facebook or follow us on Twitter for more sports updates. You can also download the NDTV Cricket app for Android or iOS.